Yes, Labour’s selection process has been abused, but not by the unions 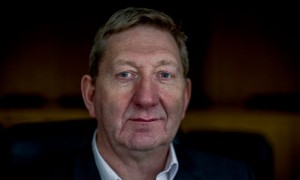 Len McCluskey: Getting those who pay into unions’ political funds engaged in the life of the Labour party, is worth pursuing.

This week Ed Miliband will spell out his proposals to mend, but not end, the historic relationship between trade unions and the Labour party.

Clearly, whatever he proposes will need to be considered seriously. Change is needed, and for reasons that go far deeper than the Falkirk storm in a teacup.

That storm, however remote from the concerns of the great majority of people, has at least had the merit of highlighting much of what is wrong with contemporary politics. If Miliband’s speech addresses those issues, and not just the self-serving, anti-union Tory agenda, then it could indeed be a turning point.

The underlying politics include the need to broaden radically the range of people serving in parliament, and to re-engage with the growing proportion of the electorate now alienated from the democratic process.

Today, young people are being coerced into work-for-nothing schemes, poorer families are losing their homes and the unemployed – who have paid their taxes and national insurance – are to be denied benefits. I don’t want politics just to be done for them, but by them too. Politics is not a priesthood for the metropolitan elite: it should be about people connected with their communities, who have lived with the consequences of political decisions.

So, if Miliband calls for a review of Labour selection procedures, I will be delighted. Unite has nothing to hide. I do not believe that my union broke the rules (let alone the law) in Falkirk – but if anyone has signed others up to the party without their knowledge, that must, of course, be unequivocally condemned.

The scandal about Labour party selections goes far deeper. The present uproar arises solely because Unite has started to have some success in pushing back against what the right wing has been doing unchallenged for years. It is time the spotlight was turned on the activities of Progress, largely funded by Lord Sainsbury, which has been sparing no expense to get its candidates adopted.

The Sainsbury “block vote” has been used to create a parliamentary Labour party that does not look like, or think like, the broader party.

Unite has been doing far less, far later than the well-funded standard-bearers of the New Labour status quo. And we have been doing it democratically and openly, with our members participating and our funding accounted for. A universally applied spending cap that levels this playing field could be a step forward.

Of course, funding does not exhaust the ways in which the right wing has manipulated selection procedures. Every manoeuvre has been deployed, often with the assistance of Labour headquarters, to parachute favoured candidates into safe seats, with the constituency party bypassed. Until our Blairite critics face up to the serial abuses of party democracy associated with the New Labour years, they cannot be taken seriously as reformers. They simply want to carry on using parliamentary seats as patronage tools as before.

These abuses by the right wing were made easier by the collapse in party membership. This was not inevitable. The thinning-out of Labour’s ranks was partly the consequence of a single policy decision – the Iraq war – which drove thousands out of the party, and partly the result of unaccountable domination by a parliamentary elite, which makes membership participation seem like a waste of time.

Reversing that, and in particular getting those who pay into unions’ political funds engaged in the life of the Labour party, is worth pursuing. Let’s learn lessons from the failed schemes of the past, and find proposals that engage ordinary people and have transparent integrity.

Switching to an “opt-in” for the political levy wouldn’t work – it would require Labour to unite with the Tories to change the law, would debilitate unions’ ability to speak for our members and would further undermine unions’ status as voluntary, and self-governing, organisations.

If Miliband wants to find ways to get more individual trade unionists active in the party, exercising their own judgment on policy and people, I would join with him. Done right, this could be a 21st-century way of ensuring working-class influence in the party, just as traditional affiliation has been hitherto.

Unions have always had a significant influence in the Labour party. However, over most of the past 100 years they have used that influence to broadly support the elected parliamentary leadership, on the understanding that it was MPs’ role to lead the political fight and that any frustrations were outweighed by shared aspirations.

New Labour broke that unwritten contract, by abandoning much of the common ground for a love-in with big business and the City, and by leaving intact the Tory laws that make British trade unions the most legally restricted in the democratic world.

I believe that Miliband is rebuilding that stock of shared values. A row over selections is not going to undo that. Only a return to New Labour could split the movement apart.