2,000 working people rallied at the Minnesota state capitol in St. Paul Tuesday to make it clear that Wisconsin-like attempts to destroy collective bargaining will not succeed in their state.

Gov. Mark Dayton joined the rally and the crowd roared when Dayton declared:

In Hartford, Conn., working people, union members and their allies gathered near the north entrance of the Capitol building yesterday in a show of solidarity with state workers in Wisconsin. Gov. Dannel Malloy briefly addressed the crowd, saying he views the unions as partners in his quest to close a budget gap estimated as high as $3.7 billion.

In other solidarity actions around the country:

With upto 70,000 people demonstrating in Madison, Wisconsin against the anti-union Govenor Scott Walker who is proposing to remove nearly all public employee collective bargaining rights to help – he claims – cut a $3.6 billion hole in the state budget, President Obama has expressed more support for the protests. 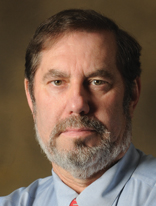 Unions rallying to the cause – listen to Leo Gerard of the United Steelworkers here – why private sector unions must support public sector unions.

Protesters in Madison, filling up the Wisconsin state Capitol, would like to see him do more and come out and join them. The blog site The Huffington Post said every person it interviewed in the Capitol named Obama as their top choice to come out to the rallies. Karen and Lynn, two women who were taking a momentary break sitting on a staircase in the crowded Capitol, said they had come from Milwaukee to protest Walker’s plan. They said not only would Obama bring energy to the movement, but they’d also like to see Secretary of State Hillary Clinton and Education Secretary Arne Duncan.

Unions are also pointing to a new poll they say shows support for Scott Walker is straining under the weight of the thousands of protesters gathered in and around the state capitol in Madison. The poll of Wisconsin voters, conducted by Democratic pollster GQR Research for the AFL-CIO between Feb. 16 and 20, shows public feelings toward the union supporters versus the Republican governor are vastly different.

Sixty-two percent of respondents to the poll said they view public employees favorably, while just 11% said they had an unfavorable view of the workers whose benefits packages Walker says are breaking the state budget.

Meanwhile, just 39% of respondents had a favorable view of Walker, while 49% had an unfavorable view of the freshman Republican governor. Voters are split on his job performance, with 51% saying they disapprove of the job Walker has done.

“Since the protests began, Governor Walker has seen real erosion in his standing,” the GQR pollsters write in their analysis, “with a majority expressing disapproval of his job performance and disagreement with his agenda.”

Other questions from the poll show that when given a detailed description on the current dispute between labor and the Republicans in Madison, Wisconsin voters tend to side with the unions. Here’s what the detailed question in the AFL-CIO-sponsored survey sounded like:

As you may know, Governor Scott Walker recently announced a plan to limit most public employees’ ability to negotiate their wages and benefits. The plan cuts pension and health care benefits for current public workers, and restricts new wage increases unless approved by a voter referendum. Contracts would be limited to one year, with wages frozen until a new contract is settled. In addition, Walker’s plan also changes rules to require collective bargaining units to take annual votes to maintain certification as a union, stops employers from collecting union dues, and allows members of collective bargaining units to avoid paying dues. Law enforcement, fire employees and state troopers and inspectors would be exempt from the changes.

When given that read on the situation, 52% of respondents said they don’t favor Walker’s scheme. Just 42% said they favor it.

Democracy, Fundamental Rights and Freedoms at Risk in USA As Wisconsin and Other States Attack Unions

Brussels, 21st February 2011 (ITUC OnLine): Workers across the world are shocked to see the rights of teachers, health workers and other public employees attacked in the ‘Land of the Free’.  Wisconsin Governor Scott Walker and other Republican Party state governors including in Indiana and Ohio have launched a major assault on the rights of public sector workers to union representation and collective bargaining, with heavy pay cuts and new obstacles to freedom of association.  Demonstrations have taken place in several US states over recent days, as opposition grows to the coordinated anti-union onslaught, which has its roots in the ultra-conservative “tea party”movement.

“Violating these fundamental democratic rights in other countries such as China, Egypt, Guinea or Mexico is rightly condemned by the US, so what are people to make of such abuse of power in the US itself?” said ITUC General Secretary Sharan Burrow.  “The rights to organise and bargain collectively for fair wages and conditions are cornerstones of any democracy, and removing these rights means democracy itself is under attack.”

Moreover, the economic and employment crisis will not be fixed by taking away workers’ incomes.  These moves will destroy, not create jobs, as household incomes fall and economic demand falls even further.  This is just as true in the US as it is in anywhere else in the world.

Governor Walker’s threat to mobilise the Wisconsin National Guard, which he said were “fully prepared to handle whatever may occur” has provoked outrage.  “This threat is simply incredible especially if we look to those countries today which have mobilised military and security forces against peaceful demonstrators”, said Burrow.

“Teachers, nurses and other public employees provide vital services to the public, and the offensive against them is also an attack on the community, children in schools, the sick and infirm in medical care, and the most vulnerable in society who rely on public services.  The USA was built on the foundations of freedom and democracy, but will certainly lose its claim to be the Land of the Free with this kind of extremist agenda”, said Burrow.  “Opposition to these attacks is growing in the US, but it is a fight for fundamental freedoms which has implications well beyond the borders of the country.  The entire international trade union movement stands in solidarity with these American workers whose rights are under such heavy attack, and we will do everything we can to support them.” 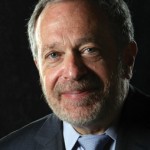 The Coming Shutdowns and Showdowns: What’s Really at Stake

Wisconsin is in a showdown. Washington is headed for a government shutdown. Wisconsin Governor Scott Walker won’t budge. He insists on delivering a knockout blow to public unions in his state (except for those, like the police, who supported his election).

In DC, House Republicans won’t budge on the $61 billion cut they pushed through last week, saying they’ll okay a temporary resolution to keep things running in Washington beyond March 4 only if it includes many of their steep cuts — among which are several that the middle class and poor depend on.

Republicans say “we’ve” been spending too much, and they’re determined to end the spending with a scorched-earth policies in the states (Republican governors in Ohio, Indiana, and New Jersey are reading similar plans to decimate public unions) and shutdowns in Washington.

There’s no doubt that government budgets are in trouble. The big lie is that the reason is excessive spending.

Public budgets are in trouble because revenues plummeted over the last two years of the Great Recession.

They’re also in trouble because of tax giveaways to the rich.

Nationally, you remember, Republicans demanded and received an extension of the Bush tax cuts for the rich. They’ve made it clear they’re intent on extending them for the next ten years, at a cost of $900 billion. They’ve also led the way on cutting the estate tax, and on protecting Wall Street private equity and hedge-fund managers whose earnings are taxed at the capital gains rate of 15 percent. And the last thing they’d tolerate is an increase in the top marginal tax rate on the super-rich.

Meanwhile, of course, more and more of the nation’s income and wealth has been concentrating at the top. In the late 1970s, the top 1 percent got 9 percent of total income. Now it gets more than 20 percent.

So the problem isn’t that “we’ve” been spending too much. It’s that most Americans have been getting a steadily smaller share of the nation’s total income.

At the same time, the super-rich have been contributing a steadily-declining share of their own incomes in taxes to support what the nation needs — both at the federal and at the state levels.

The coming showdowns and shutdowns must not mask what’s going on. Democrats should make sure the public understands what’s really at stake.

Yes, of course, wasteful and unnecessary spending should be cut. That means much of the defense budget, along with agricultural subsidies and other forms of corporate welfare.

But America is the richest nation in the world, and “we’ve” never been richer. There’s no reason for us to turn on our teachers, our unionized workers, our poor and needy, and our elderly. The notion that “we” can no longer afford it is claptrap.

Robert Reich served as the nation’s 22nd Secretary of Labor and now is a professor of public policy at the University of California at Berkeley. He is the author of the new book, “Aftershock: The Next Economy and America’s Future” His earlier book, “Supercapitalism,” is out in paperback. For copies of his articles, books, and public radio commentaries, go to www.RobertReich.org.