Workers At US VW Plant Say Yes To UAW Representation 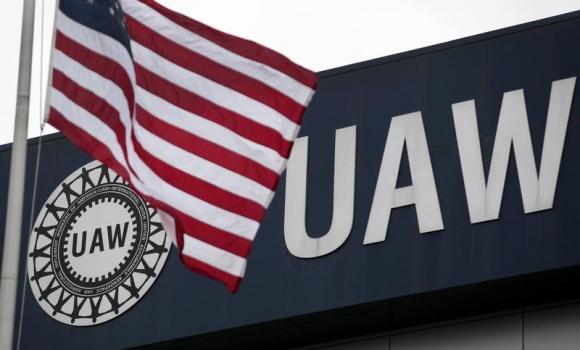 Its not quite there yet – but the decision by workers at Volkswagen’s car production plant in Chattanooga, Tennessee has opened the door for unionisation of other auto plants in the southern right to work states of the USA.

Workers in Chatanooga who had faced a right wing campaign to stop the United Autoworkers gaining union recognition at the plant in February this year have voted by 45% to be represented by the UAW providing the foothold the UAW needs to organise other automakers’ factories in the South.

In February workers voted 712 – 626 against UAW representation after a sustained mis-information campaign by right wing politicians to scare workers into voting against union recognition.

The right wing media campaign said the long term future of the plant would be questionable if the workers voted for the union and that a promised new model to be built at the plant would go elsewhere. They also blamed the union for the major job losses in the auto industry in Detroit.

The vote grants the union a strong base to move towards full collective bargaining rights. The union will now have the right to represent workers and meet with VW management on a regular basis.

VW global management did not oppose the unionisation of the plant and had agreed a German style works council structure with the help of the German union IG Metall.

Following the February defeat the United Auto Workers set up a Local (union branch) at the plant in July and began the campaign again.

Although the UAW fell short of having the 50% of Volkswagen’s workers in membership which it needs to recognised for the exclusive collective bargaining agreement this is a major step forward as the UAW will be able to meet with Volkswagen’s management team and represent workers on a regular basis. Gary Casteel of the UAW said “One thing’s for certain, we’re now discussing that with the company and not outside looking in,”

Kristin Dziczek, director of the labor and policy group for the Centre for Automotive Research, said the certification results provide proof that the UAW strategy in the South is working.

“I think this is a template they are going to follow all across the South,” said Dziczek. The union also has ongoing organising campaigns with Mercedes-Benz in Tuscaloosa, Alabma and Nissan in Canton, Missississppi.

The certification of the UAW also shuts out a stooge union the American Council of Employees, that has also vowed to represent Volkswagen workers in Chattanooga. 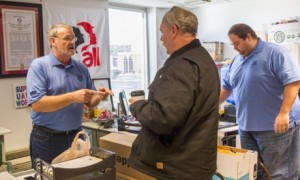 ACE said it planned to organize enough workers to represent workers who are opposed to the UAW but has failed to make headway. They have now filed complaints against the independent audit. However, Mike Cantrell, president of UAW Local 42 in Chattanooga, said the claims are “bogus and without merit.”

“UAW Local 42 successfully completed a rigorous membership verification process established by Volkswagen and managed by an independent auditor. As anticipated, UAW Local 42 quickly surpassed the highest level under the company’s new Community Organisation Engagement policy, and the local union’s membership exceeds a majority of workers at the plant,” he said.

The States Republican Governor, Bill Haslem shaken by the vote of the workforce blustered that he wanted to see all major decisions at the Volkswagen plant in Chattanooga made through secret ballots and not by counting union membership cards.

UAW Secretary-Treasurer Gary Casteel said that at this stage the pathway and timeline for exclusive representation remain unclear. “But one thing’s for certain, we’re now discussing that with the company and not outside looking in,” he said. Casteel said the union has signed up well over half of the blue-collar workers at the plant, but he would not give a specific percentage.

Casteel said the union has signed up well over half of the blue-collar workers at the plant, but for obvious reasons would not give a specific percentage.

The UAW has been trying to organise Volkswagen workers for at least three years and believes that organising automotive assembly plants in the south is crucial to its survival.