“We must all be up to this challenge together”: A new social compact for Europe 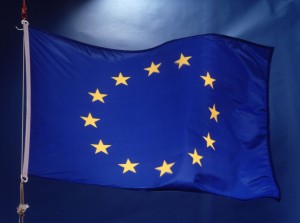 The European TUC has proposed a new ‘social compact for Europe’ (pdf), based on solidarity and cooperation, to counter today’s Europe of deregulation and unremitting austerity.

ETUC says that tough political choices will have to be made to stop the downward spiral facing the EU.

With the future of the EU and its citizens now at stake, they argue that the European social model should be promoted and not attacked: “We insist that the EU and its member states should observe scrupulously European and international instruments such as ILO conventions, the jurisprudence of the European Court of Human Rights and the revised European Social Charter, to which the European Union should accede as well as to its Protocol providing for a system of collective complaints.”

Rightly, ETUC points out that free collective bargaining and social dialogue between employers and unions are an integral part of the European social model.

Yet in countries such as Greece, Ireland and Spain – and in some central and eastern EU states –collective bargaining arrangements and agreements are being dismantled by governments and technocrats in the name of spending cuts and austerity.

The alternative is the extension of collective agreements in order to create growth through increased spending power.

Bernadette Ségol, ETUC general secretary, made it clear: “Austerity has failed. We need to concentrate on growth. There has been no change of course. That is why we call on European leaders to engage in a discussion on our proposal for a social compact for Europe, before the European Council at the end of June.

“More than ever before, Europeans have a feeling that they share the same history. We must all be up to this challenge, together.”