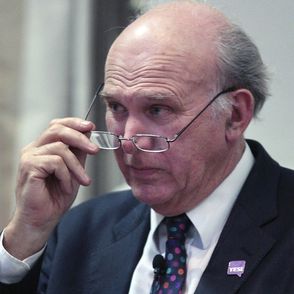 Roger Jeary, director of research at Britain’s largest trade union, Unite gives his response to proposed changes to employment law announced by Business Secretary, Vince Cable this week. This blog was first published on The Manufacturer website on November 25th.

As unemployment soars to record highs with young people and women particularly hard hit, the government’s answer to employment growth is to provide employers with even greater flexibility to sack workers.

Extending the qualifying period for unfair dismissal claims will hit hardest those people just starting outin work.  Who are these employers that are unable to assess a worker’s suitability within the current 12 month window?

Manufacturers around theUKare telling us that a return to the ‘hire and fire’ culture of the 1970’s is not the government strategy they are looking for to create the right environment for growth.  Even Dr Cable drew attention to the government’s own research of small and medium enterprises (SMEs), which showed that only six per cent of responding businesses thought employment law deregulation was an important agent for growth.

The list of proposals trotted out were preceded by the statement that safeguarding workers’ rights was a founding principle of his proposals.  Clearly his definition of safeguarding varies from the norm.  He also acknowledged that the UK currently has, according to the OECD, one of the most effective and lightly regulated labour markets among developed economies.

So, one poses the question why lighten them further?  It is, in my view, a simple matter of Conservative dogma, now embraced by the Liberal Democrat members of the Cabinet, which is voiced daily by backbenchers through questions in the House of Commons attacking trade unions and calling for deregulation of employment and trade union rights. Their allies in the right-wing media lap up their utterances with gusto.

Of the wide range of reforms, perhaps the most pernicious in terms of workplace rights is the suggestion that 90 days is an excessive time for companies to have to consult their workers before sacking 100 or more of them by way of redundancy.

Dr Cable has called for evidence to justify this review, yet we have no doubt that the principle has already been decided – and it is just a matter of time before these proposals are implemented.  What the government fails to recognise is that this is not just a period of time for consultation, it is a protected period for workers to find alternative employment.  Casting them out of work more quickly will only add to the cost of benefit support while they search for new jobs.

And then there is the proposal of ‘protected conversation’ for the discussion of subjects management, according to Dr Cable currently “fear” to have. It is a system which a colleague described as the employer right to tell an employee, “fit in or f— off”, without fear of retribution.

It is, in reality, little more than legalised bullying and a quite unnecessary tool in the armoury of reasonable employers.  Our experience, as a trade union, is that employers are not slow to explain to workers who are not performing to standard that they need to improve.  If it is true, why do they need protection?

This provision is an open goal for employment lawyers (and their already healthy bank balances) who will seek to challenge at every opportunity the use of such a provision. This will run counter to the overall theme of Dr Cable’s intention to keep employment relations out of the courts.

Where Unite is recognised we provide positive contributions to employment relations, without the need to resort to law.  However, the high proportion of workers who do not have that protection across manufacturing have just been fed an unpleasant dose of coalition medicine which will cure absolutely nothing.