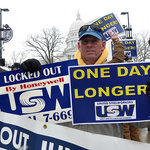 According to reports from the US, the year long dispute between the United Steelworkers and Honeywell at the company’s uranium nuclear fuel plant in Metropolis could be settled.

The Chicago Tribune reports that Honeywell and the USW representing about 230 locked-out workers at the uranium-conversion plant say both sides have reached a tentative agreement on a three-year deal. Local President of the United Steelworkers local, Darrell Lillie says the deal keeps intact the locked-out workers’ seniority. He says Honeywell had sought to eliminate that.

Lillie says talks will continue Wednesday to determine how to transition the affected workers back to their jobs. After that’s resolved, the proposed contract would be put up for a vote by the union’s members, perhaps within days.

The plant is the nation’s only one for refining uranium for eventual use in nuclear power plants. 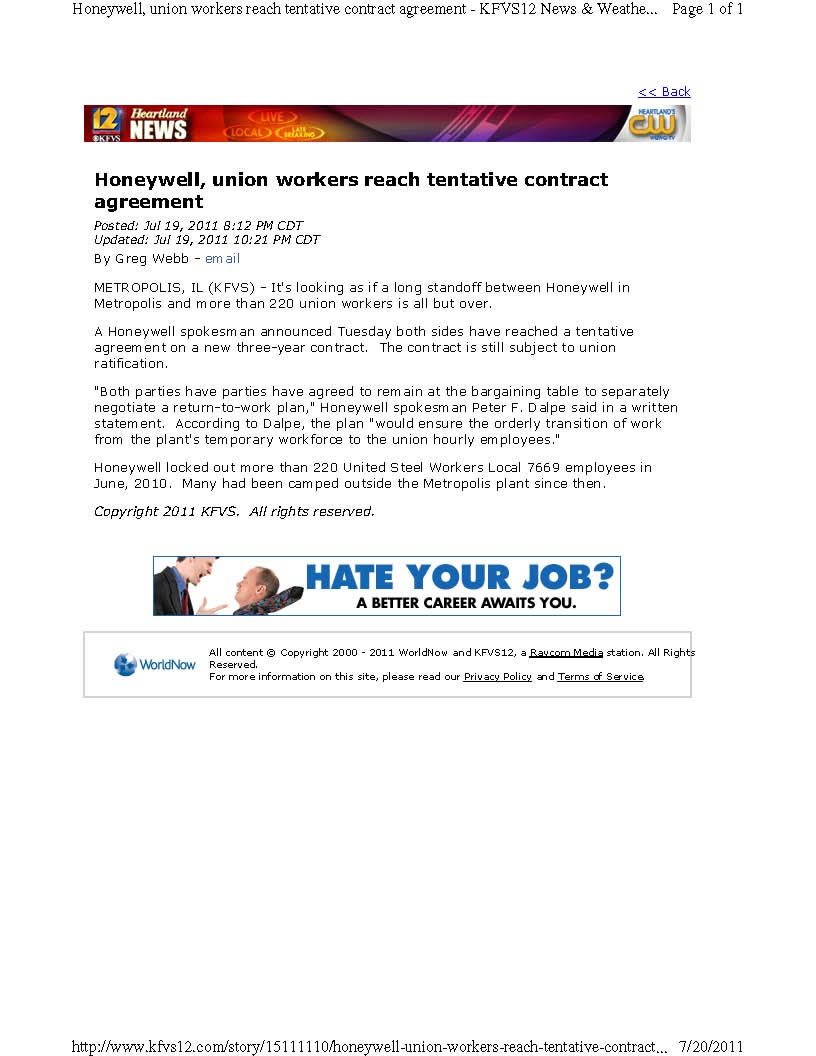