USW, Allies In Europe United  In Fight For Safety At Oil Refineries 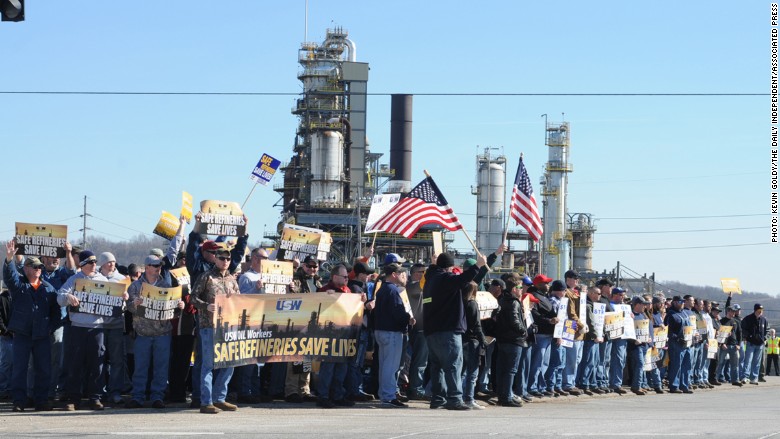 A delegation of striking oil refinery workers from the United Steelworkers (USW) will bring their campaign for a safer oil industry to Europe this week, meeting with allies from labor unions in the Netherlands and Great Britain.

The group, led by USW District 11 Director Emil Ramirez, includes striking workers from refineries owned by Shell, Marathon and Tesoro. Shell, which has taken the lead on bargaining for the companies, has its headquarters in the Netherlands.

“The USW deeply appreciates the support of the FNV, UNITE and other unions in the oil industry worldwide in our fight to ensure that U.S. refineries are safe for our members who work in them and for the communities that surround them,” said USW International President Leo W. Gerard.

The group will update the European unions on the status of bargaining and also carry a message of the importance of safety in an industry that in just the past eight years has seen at least 349 reported fires, many of which have led to fatalities, explosions and catastrophic injuries.

More than 5,000 USW members are on an unfair labor practice strike at 11 refineries owned by Shell, Marathon, Tesoro, BP and LyondellBasell that began after Shell failed to offer serious proposals to address the USW’s concerns about safety, onerous overtime and unsafe staffing levels.

The USW represents workers at 65 U.S. refineries that produce about 64 percent of the oil in the United States.