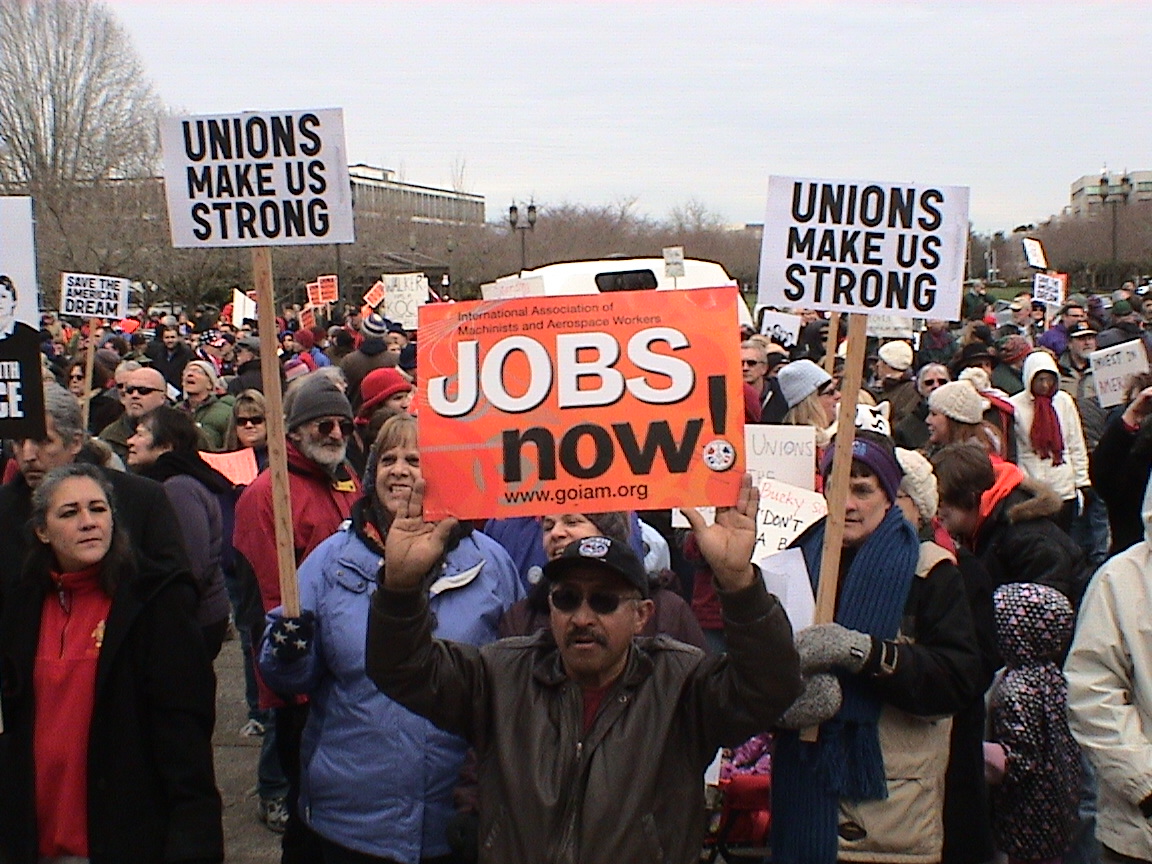 The following article is an editorial from the New York Times of January 7th, 2012 and highlights the ongoing onslaught against unions in the USA.

“Along with their shameful campaign to curb the collective bargaining rights of public sector workers in Wisconsin and Ohio last year, Republicans in statehouses around the country are taking aim at private sector unions.

Twenty-two states, mainly in the South and the West, have long had “right to work” laws forbidding contracts that require workers to pay union dues. After a decade in which business has ignored the issue, Republicans in more than 10 states over the last year have begun pushing similar laws. Indiana’s Legislature is expected to approve the antiunion legislation as early as next month.

Many Republican leaders are adopting model legislation proposed by the American Legislative Exchange Council, (ALEC) a national corporate-financed conservative organization that is also assisting the Republican push to require voter identification cards to suppress the vote of minorities, young people and other constituencies that tend to favor the Democratic Party.

There is little doubt that politics is also behind the Republicans’ push for right-to-work laws: they see an opportunity to further weaken unions, which are far more likely to support Democrats — as well as health care reform and a higher minimum wage – by slashing their funding and their donating power.

The G.O.P. (Republican’s) and its allies, like the Chamber of Commerce and brethren organizations, are trotting out the charge that unions reduce economic growth and jobs.

It stands to reason that a union will reduce a company’s profits somewhat, by obtaining a higher share for workers. But over the last three decades, economists have found that unionization has a minimal impact on growth and employment in an entire state or country. In fact, six of the 10 states with the highest unemployment have right-to-work laws. North Carolina, a right-to-work state, has a private sector unionization rate of 1.8 percent, the lowest in the nation. It also has the sixth highest unemployment rate: 10 percent.

Unionized workers earn more and get more generous benefits. In 2010, wages of workers in unionized manufacturing companies in Indiana were 16 percent higher than in nonunion plants. One study concluded that the decline in unionization since the 1970s is responsible for one-fifth to one-third of the growth in inequality in this country. Voters, unionized or not, should recognize the new “right to work” push for what it is: bad economics and cynical politics”

More from the New York Times on this issue can be found by clicking the links below.