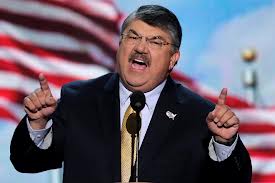 By Richard Trumka and Michael Carrigan

Most people in Illinois don’t even know that the National Labor Relations Board is. Well, why should they? Here’s why.

For decades, American labour law helped working people come together to have a voice on the job which in turn gave them a say in our economy and in our politics and public life.

This freedom to organise, which is enshrined in the National Labor Relations Act and in the United Nations Universal Declaration on Human Rights, helped produce the greatest period of sustained and broad prosperity in our country’s history.

Broadly shared prosperity is needed once again. In order to rebuild our economy and level the playing field for all working people — union and non-union — the law protecting workers’ rights must be enforced. That’s the role of the National Labor Relations Board — and it needs to work.

That doesn’t mean protecting the rights of working people as opposed to the rights of employers. It means ensuring the NLRB’s ability to promote commerce by governing the relationship between workers and employers.

The less the board works, the more America’s economy falls out of whack, as we see it today with record inequality and a shrinking middle class.

But currently the NLRB is under unprecedented attack by extremist congressional Republicans and corporate lobbyists who want to weaken the board’s power to protect workers who choose to organise and form unions on the job.

While this issue may not grace the front page of every newspaper, the effects are and will continue to be felt at home here in Illinois and across the nation.

In the face of partisan obstruction threats in Washington, Obama made three appointments. But an unprecedented and radical decision by conservative U.S. District Court judges has put these appointments in jeopardy.

To make matters worse, House Republicans are pushing legislation to further cripple the board. Their so-called “Preventing Greater Uncertainty in Labor-Management Relations” Act (H.R. 1120), despite its name, would create more uncertainty and deprive workers of enforceable rights.

These attacks are causing real consequences in real people’s lives.

Marcus Hedger is just one of the many workers who has been denied justice because of the attack on the NLRB. Marcus was the chief steward for the union at Fort Dearborn Co. here in Illinois.

After the union rejected a company proposal, Marcus was fired and told the company was tired of the “union circus.” The NLRB rules that the firing was illegal and ordered the company to rehire Marcus, but the company has refused because of the Noel Canning decision. Marcus recently lost his home to foreclosure because of the financial distress he faced after being unlawfully fired.

Marcus is hardly alone. Four years ago, Visions of Elk River, a Minnesota school busing company, illegally fired two drivers and three aides, who accompany special needs children, for trying to form a union. The firings were motivated by employees’ known involvement in past union activity. Let me be clear.

Without a functioning NLRB, these people were fired, not for doing something wrong, but for doing something that’s protected by law, by openly talking about forming a union or bargaining for a better life. And yet their lives have been thrown into turmoil, and they have no effective recourse.

Justice delayed is justice denied, and justice to working people is being seriously denied because of the instability being forced upon the NLRB.

President Obama has taken an important step toward restoring stability to our system of labour-management relations by nominating a full, bipartisan package of nominees to the NLRB.

Responsibility for providing needed stability and the functioning NLRB working people need and deserve is now up to the U.S. Senate. Sens. Kirk and Durbin should act quickly and confirm the president’s full slate of nominees.