United Steelworkers International Vice President Fred Redmond will be the main speaker at an International anti-cuts and austerity conference in London on March 24th. 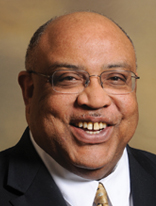 Fred will talk about recent events in Wisconsin where the newly elected Republican governor Scott Walker, as part of his so-called beat the deficit strategy, has stripped all collective bargaining rights from public employees in the state opening up the way for pubic sector pay cuts and attacks on other terms and conditions, the most clear example of putting the cost of the banker induced crisis on the backs of working people.