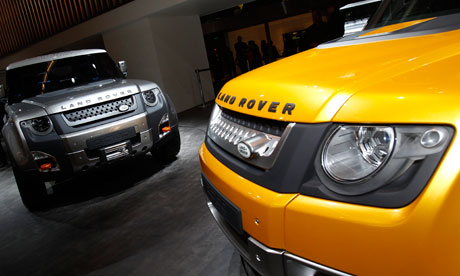 Following yesterday’s news that that Jaguar Land Rover is to open a new engine plant at its Wolverhampton site, Len McCluskey, general secretary of Unite, said: “This fantastic news is the culmination of 18 months’ hard work by the workforce and their union Unite, the local council and local MP Jack Dromey, working with Jaguar to bring this plant to the Midlands. A forward-thinking approach and total determination by the local unions to bring new work to the UK ensured a competitive labour agreement could be reached to secure this new plant. It is excellent news for manufacturing at these difficult times, and most of all it will be celebrated by the Jaguar workforce and their families. Their hard work has contributed greatly to this company’s global success, and the sacrifices they have made in recent years have helped Jaguar not just weather the worst global downturn for generations, but grow.

“This illustrates perfectly how a business can thrive when it works with its workforce and their unions, building on their skills and commitment. Local and central governments past and present have had a hand in this good news, and that is to be commended. We now urge the government to build from this and do the right thing by the workers at Bombardier where 10,000 jobs hang by a thread yet the government has the power to turn this around.”

Jaguar is set to confirm its plans to invest £400 million in its Wolverhampton site to build a new engine plant today (Monday). The new site will bring an additional 2000 jobs to the area, adding to JLR’s 21,000 strong UK workforce.

The group’s headquarters is in Gaydon, Warwickshire with Land Rovers produced in Solihull and Halewood, Merseyside and Jaguar models produced at Castle Bromwich, near Birmingham.

Last year Jaguar Land Rover announced it was reversing a decision to close one of its two West Midlands factories.

Last week, the firm unveiled three new concept cars at the Frankfurt Motor Show on the back of a period of strong sales fuelled, partly, by a growing number of orders from foreign markets, including China and India.