UK car output up – and down 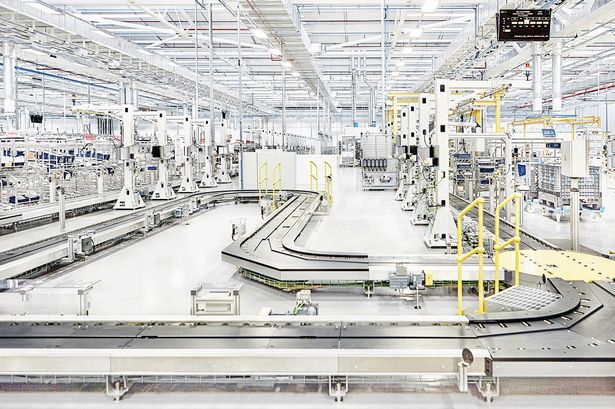 Inside the JLR Engine pant.

By David Bailey, Professor of Industry at  Aston Business School

After its best first half year in ages, UK car and engine manufacturing took something of a hit last month, as annual summer shutdowns kicked in and as demand from emerging markets like China faltered.

This was the best first half year in seven years, since the onset of the global financial crisis.

UK automotive production volumes are up by more than 50 per cent since 2009 and further big investments are planned, with new models set to start production in the coming months.

The SMMT was right to stress that this recent success of the industry was built not only on “significant industry investment” (over £7 billion worth in the last three years) but also a “positive relationship with government, essential if the industry is to maintain its international competitiveness”.

The latter means an intelligent industrial policy – something that the new Business Secretary Sajid Javid needs to take note of.

I would also add in another factor for the industry’s success – the flexibility and hard work of workers and unions in pulling out all the stops to help make the UK a competitive place in which to assemble cars and source components (something the media all too often fails to recognise).

But, after a strong first half year, car production fell 11 per cent July, according to data published by the SMMT this week.

The auto industry trade body put a positive spin on things in putting this fall down to seasonal factory stoppages being taken earlier in the summer than last year.

At JLR, the usual August shutdown was brought forward to late July and early August.

Nissan’s Sunderland plant (which produces one-in-three of all cars made in the UK), was also shut in late July.

On top of that, several plants are undertaking retooling to get ready to produce brand new cars, including the GM Vauxhall plant in Ellesmere Port, which will assemble the new generation Astra (won after a bidding war with other GM Europe plants).

But there’s another factor in the slowdown. Faltering demand from emerging markets like Russia and China is also now taking a toll.

Indeed, despite the recovery now under way in European car markets, last month exports were down seven per cent year-on-year.

That emerging market slowdown has a particular impact on the UK’s premium car sector (which is the second largest in the world), including JLR, Rolls-Royce, Bentley and Aston Martin.

As I noted in a recent Birmingham Post blog, JLR’s recent remarkable growth stalled in the last quarter as sales in China slipped and China became more like a ‘normal’ car market.

JLR’s revenue fell 6.6 per cent to £5 billion but it was the firm’s pre-tax profit and earnings before interest, tax, depreciation and amortisation (EBITDA) which took the biggest hit, with profit down over 30 per cent to £638 million and EBITDA down 24 per cent to £821 million.

But, as China and Russia slow, the ongoing pick-up in the European market should help the volume producers in the UK – comprising Nissan, Toyota, Vauxhall and Honda (the latter has had a torrid time in Europe in recent years having misjudged the European market).

That may mean something of more balanced growth in the UK car industry.

Growth over the last few years has been driven mainly by JLR and Nissan. Expect the other volume producers to play a bigger role over the next few years.

That means output growth is still likely going forward over the next few years unless the strength of sterling damages the competitiveness of the industry too much.

The strength of the pound is already holding back UK exports in other areas of manufacturing, with factory output barely above recession levels.

As a result, overall manufacturing is virtually stagnant and acts as a drag on UK economic growth (so much for the march of the makers).

Recent CIPS/Markit data showed export order books shrinking for the fourth month in succession, with the rising value of sterling making UK goods more expensive in the Eurozone (which accounts for almost half the British manufactured goods sold overseas).

This is one reason why I’d prefer to see interest rate rises to come later rather than sooner and to be modest in scale.