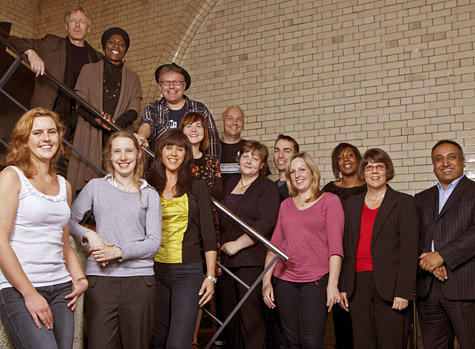 The TUC’s new release – a remix of ‘Lets Work Together’ to co-incide with the November 30th Day of Action and Strikes is available tomorrow November 20th. Proceeds going to charity. A sneak preview of the single by ‘The Workers’ can be found at the website here.

Dubbed as a remix and re-working of the “1970’s classic” by Bryan Ferry (fronting Roxy Music) version in some publicity – as a Blues and R&B record collector, not to mention a ‘Prince Of Trivia’, it is worth pointing out here that the original version was written and recorded by as ‘Lets Stick Together’ by R&B artist Wilbert Harrison who cut the record in 1962. Never one to quit Wilbert re-recorded it as ‘Lets Work Together’ in 1969 (hear both versions below).

The great US blues band Canned Heat recorded it (see live version below) and had a worldwide hit with it in 1970. Bryan Ferry? Who he? The dad of right wing headbanger and fox hunter Otis Ferry. Hope its a hit for The Workers though.