TUC on EU-UK Brexit Deal: “Its better than nothing, but not by much”. 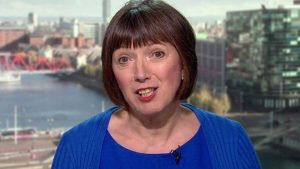 TUC general secretary Frances O’Grady said: “This deal is better than nothing, but not by much. It won’t protect jobs and puts hard-won workers’ rights on the line. As we come out of the pandemic, we’re facing a crunch point for jobs and living standards. This deal is on the prime minister’s head – it’s his responsibility to make sure working families don’t end up worse off.

“Now the Prime Minister must make good on his promise to level up Britain. And he needs to act fast. There can be no more pointing the finger at the EU. Government must deliver an industrial strategy for decent work, with investment in jobs and green industries in parts of the country that need it most.

“Ministers must also urgently build on this deal to overcome the barriers to trade and higher production costs many sectors will face which puts jobs at risk. And we will not accept a race to the bottom on rights.”