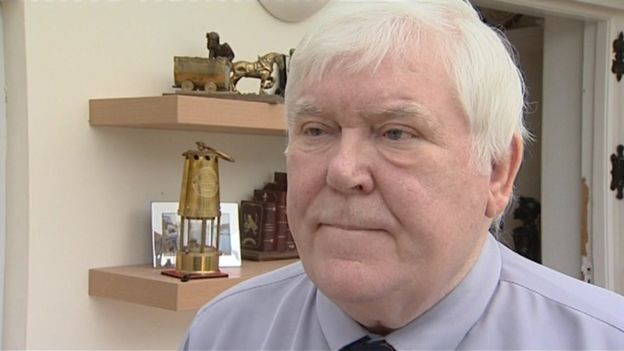 Grahame Morris, Labour MP for Easington, tweeted: “Dave Hopper a colossus of the trade union and labour movement who supported the oppressed & fought for social justice all of his life R.I.P.”

Unite’s Len McCluskey said: “On behalf of Unite the union I offer our deepest, most sincere condolences to Davey’s family, and to all members of the Durham Miners’ Association.

“Hearts will be heavy today as we reflect upon the loss of this brilliant and determined man, a giant of our movement, a man dedicated to justice, equality and the betterment of his community.

“I have lost a great friend but I won’t be alone in remembering Davey with huge affection and admiration. He was a true friend to working people and a proud son of the north east who brought passion and grit to the fight to improve the lives of working people.

“His legacy will, of course, live on in the Gala, the most vibrant union gathering in the world, which thrives because Davey never, ever let us forget that we must celebrate our traditions, we must not lose our history and we must bring our values to all that we seek to achieve today.”