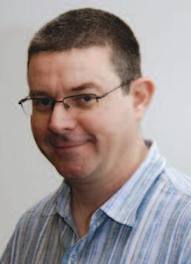 Presiding judge Stewart Watt says: “There was no material evidence that Mr. Lyon had been guilty of any wrong doing”.

In a blow to the petro-chemical company, the tribunal ruled that it was ‘likely’ that Mr Lyon will win his case for unfair dismissal when it goes to a full tribunal and ordered Ineos to pay his wages until the full hearing in a number of months.

The convenor, with 25 years of service to the company, was tried and dismissed in his absence by Ineos managers for not stopping the union commenting on media reports about fears of job losses at the plant.

The tribunal was asked to make an interim finding in Mr Lyon’s favour in order to avoid the financial hardship he will face between now and the final hearing over his unfair dismissal for trade union activity.

Commenting, Unite legal director Howard Beckett said: “We welcome this interim finding which gives Mr Lyon some financial security until the full tribunal where all the evidence will be heard.

“It is a shot in the arm for workers across the country and sends out a clear message that they can be a member of trade union and represent other workers without fear of victimisation.

“Ineos needs to drop its hostility to the workforce and ensure there is no victimisation of workplace representatives before the brain drain of skills at the site becomes a flood that threatens the site’s survival.

“Ineos should be in no doubt that we will continue to fight for our members at Grangemouth and pay heed to the interim finding by starting to work with the representatives the workforce has chosen.”

Congratulations to Mark, you deserve this win and all our support.

Read all the press cuttings here – feel free to email on to your contacts.