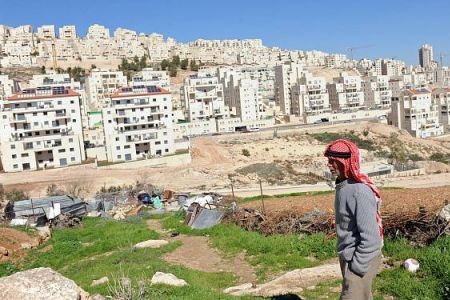 A large coalition of European NGOs and faith groups are today releasing  a report called ‘Trading Away Peace – How Europe Sustains Israel’s Illegal Settlements’. Click here to download a copy.

The report is a comprehensive overview of the EU link to Israel settlements and their impact on the lives of Palestinians. The report’s key headline is that the EU imports approximately 15 times more from the illegal settlements than from the Palestinians themselves.

The report is very timely, coming off the back of the Danish and South Africa governments introducing UK-style labelling guidance for settlement goods, and in the lead up to EU discussions on EU-wide labelling guidance. It calls for a series of escalating measures ranging from the labelling of settlements goods to an outright ban.

On the situation facing Palestinian workers in the settlements it states:

“At least 9,500 Palestinians are working in settlement farms, which in some cases have been built on land expropriated from them. In a harsh irony, some Palestinian farmers have become,  n effect, tenant workers on what used to be their own land. Palestinian workers often face discrimination and violations of their rights. While the minimum wage in Israel is currently  6.00 per hour, Palestinians working on Israeli settlements in the Jordan Valley are paid only an average of $2.00–$4.80 per hour. None of the Palestinian workers interviewed in a recent  survey received the benefits that Israeli workers are entitled to by law, including holidays, overtime pay, health insurance or sick pay. According to Kav LaOved, an Israeli NGO protecting labour rights, children as young as 12 also work seasonally on the Jordan Valley settlement farms, mainly when dates, peppers and tomatoes are harvested.”

On the UK settlement trade the report states:

“In 2009 the UK government responded to these concerns by adopting labelling guidelines advising retailers that food products from settlements be labelled as “Produce of the West Bank (Israeli settlement produce)” and Palestinian produce as “Produce of the West Bank (Palestinian produce)”. Although voluntary, the guidelines were welcomed by food retailers and appear to be observed by major supermarkets. Moreover, it appears that following the introduction of the guidelines, most major UK supermarkets have decided to stop sourcing own-branded food products from the settlements.”

The TUC provided informal input into the report, but is not a publisher.