“Tories have been prevented from hitting British workers’ rights” 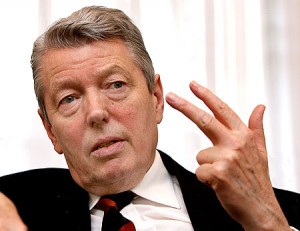 Alan Johnson MP, Chair of Labour In For Britain, commenting on the publication of Donald Tusk’s letter outlining a draft plan for the UK’s membership of the EU, said:

“Britain’s membership of the EU is much bigger than any changes David Cameron hopes to make.

“The sooner these reforms are agreed, the sooner we can we can step up the campaign to keep Britain in Europe and end the uncertainty around our EU membership.

“At the outset of this process, Labour were clear that David Cameron must not use these reforms to damage protections at work guaranteed through our EU membership.

“The Tories have been prevented from hitting British workers’ rights to minimum paid leave, rights for agency workers, guaranteed paid maternity and paternity leave and protection from discrimination.

“Labour is campaigning to keep Britain in the European Union because our membership brings jobs, prosperity and Britain’s influence in the world as well as protecting British workers and keeping us safe.”