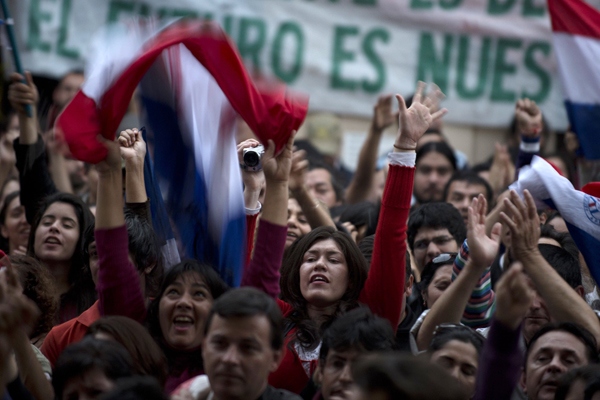 A group of writers, MPs, trade unionists and activists have published a letter slamming the “political coup” in Paraguay. The letter is published here, was published on the Liberal Conspiracy blog and has appeared in The Guardian (shorter version)

We join the governments of Brazil, Argentina, Bolivia, Venezuela, Ecuador & the Dominican Republic in condemning the removal of the elected President Lugo in Paraguay, in a process that has been described widely as a “political coup.”

President Lugo has labelled his removal as a blow against Paraguay’s democracy & although accepting he is currently now out of office has termed it an “express coup d’etat.”

President Lugo was given just 24 hours to prepare a defence against an impeachment instituted by a temporary right-wing majority in parliament, using procedures the Lugo government has previously declared illegal & unconstitutional.

There have also been reports of human rights abuses from the new regime. For example, activists in the CUT-A (Paraguayan union federation) are reporting that the military have fired live rounds at unarmed protesters & campesino leaders have reported activists killed. Currently tens of thousands of Paraguayans are protesting outside the Parliament for the return of Lugo. They have established a Front for the Defence of Democracy.

The progressive wave of recent years in Latin America has many powerful enemies, both from former ruling elites internally & right-wing forces internationally. International support is vital so that democratic & social advances continue.