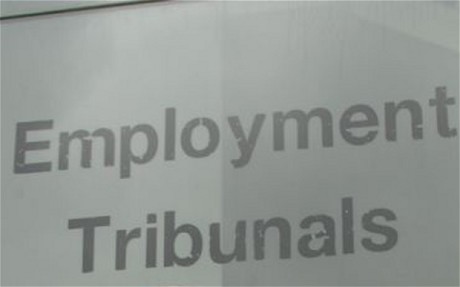 Robert Gibson, Managing Partner of the Samuel Phillips Law Firm and a specialist in employment law, has warned that the introduction of fees for claimants in employment tribunals will do nothing to ‘weed out’ the vexatious claims.

The Government intends to introduce a fee system for ETs in the summer of next year.

The fees being proposed include:

The money raised will help fund the tribunal service – so the Government says. The reality is that the fee system is being introduced to deter working people from taking cases because of the initial costs, not as the Ministry of Justice’s says: ‘to discourage invalid claims’.

The original tribunal system (as developed and agreed in the 1970s) was meant to provide an effective system where working people who believe they had been wrongly treated in their employment could have speedy recourse to workplace justice, usually through a trade union.

Union officials settle countless individual cases without going to an ET.  And we also take the hard decisions, advising members they don’t have a strong case to win at a tribunal and that we can’t proceed. This is done usually after thorough legal advice and a review of the case.

In a blog on the  bdaily Business Network website top lawyer Robert Gibson warns that he doubts that fees will discourage ‘invalid’ claims to ETs. “Vexatious litigants are by nature very determined. Instead, this will add a new area of tribunal tactics, with lawyers debating if and when they issue a claim. There will also be added bureaucracy with courts having to administer fees, and to assess which applicants are entitled to fee remission”.

The Government’s proposal says Mr. Gibson “takes it further away from its original purpose, adding yet another layer to an increasingly complex system”.

Mr. Gibson goes onto say that “Successful claimants will have paid substantially just to bring their claim. As a result, we fully expect damages to go up to compensate, therefore businesses will be hit harder”.

I wonder if those employers who have been banging the drum in support of the introduction of fees have worked that one out yet?