Tom Watson: Why won’t the police tell us who was hacked? 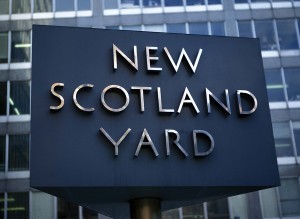 Tom Watson MP has asked the blogosphere to re-distribute this article from the Independent of 29th January. The article poses a number of key points as to why Scotland Yard have soft peddled on “hackgate” the NI phone hacking scandal. It is 25 years ago this week since Rupert Murdoch sacked 5,500 print workers – an event that, as both Jeremy Dear of the NUJ and myself at last week’s Commemoration of the sacking of those print workers) lead to Murdoch’s iron grip on the global media, the right wing politics peddled in the US media and illegal activities by journalists who beleve News International is above the law:

“The real questions the fresh Scotland Yard investigation has to address go to the very heart of the practices of News International.

Not just what phone hacking was done, but also whether there was a cover-up of unlawful behaviour, perhaps even an attempt to interfere with the course of justice.

According to Scotland Yard, all the numbers and names on the “Mulcaire list” have now been transcribed on to a database. So why have most of the victims in this file still not been told, even when they inquire? Why, after this file was compiled, have potential victims received letters saying that Scotland Yard still cannot tell if they are on the list or not? And why do some telephone companies – who have been given names by Scotland Yard – think they can inform some but not all potential victims?

More important is the revelation that Mulcaire was just one of the private investigators at work. It looks as though there were, at least, three organisations hired by NI.

In addition to the Mulcaire list, there is the “Motorman” list, the Excel spreadsheet of transactions, many of them illegal, of convicted private investigator Steve Whittamore. Marked on it are name-by-name requests for information. The chief executive of News International is on there ordering a “mobile conversion”. Ask a journalist what a “mobile conversion” is, or Google it. It doesn’t look very good to me.

Not all the requests were for unlawful activity, but the scale of the activity was such that when, in March 2003, the Information Commissioner’s Office raided Whittamore’s home, they seized the detailed records of more than 13,000 requests for information, including 902 from 27 journalists at the News of the World.

NI now says it wants to help the investigation. So it now has a duty not just to pass on Ian Edmondson’s emails, but those of Neville Thurlbeck, and of senior bosses and former bosses such as former editor Andy Coulson. Indeed, they will have to pass on the emails of Rebekah Brooks and Les Hinton, who have to explain why they preached the preposterous “lone hacker” theory to a Parliamentary committee.

We are finding that interference with our telephones is not the only way that NI intruded on our civil liberties. We know that “blagging” was commonplace – that is, impersonating someone or unlawfully securing information from bank accounts, the DVLA and phone companies. There may also be cases of trading sensitive material from live police inquiries. And we now know that perhaps the most serious crimes may not have been committed by telephone hacking but by breaking into computers and securing email traffic.

Many people now looking at these cases suspect that the offences against civil liberties are not restricted to the period 2005 to 2007. The practices that became industrial in scale were already underway in the 1990s.

We should also ask why, if NI believed it had only one rogue hacker who was already behind bars, it felt it necessary to pay £700,000 to Gordon Taylor – and allegedly more than £1m to Max Clifford – and why it has been ready to negotiate with others about payments. If there was no widespread wrongdoing, why did the agreements contain undertakings not to disclose any information, even when such information might have been crucial to an inquiry? Why did NI authorise payments instead of doing what it should have done: knowing that at least one of its journalists broke the law, report other known alleged abuses to the police? The Director of Public Prosecutions should investigate whether, at the highest levels of NI, there was interference with the course of justice.

Scotland Yard has some questions to answer, too. Why has it never brought together in one place the known lists of potential targets and victims? How was it that the DPP was not made fully aware of the full extent of interference with civil liberties? Because of these questions, no one will be satisfied unless there is an independent investigation into the Met’s handling of the case. And no one will believe that NI can begin to justify controlling even more of our media by taking control of BSkyB”.

Tom Watson is the Labour MP for West Bromwich East