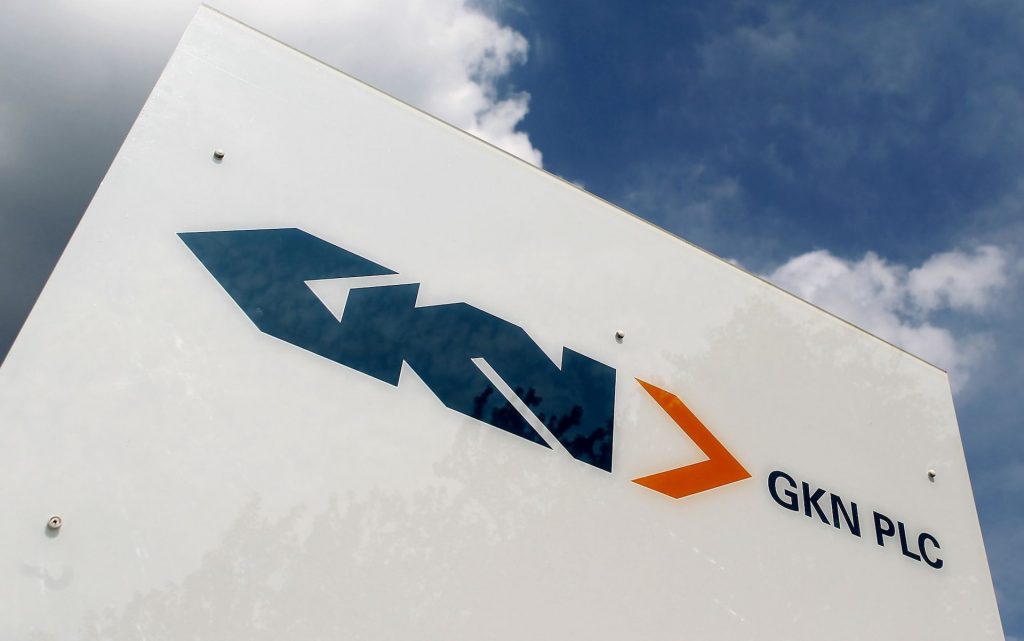 The government must reject the buy-out of a key manufacturing firm if they are serious about protecting UK manufacturing.

When Theresa May first promised a new Industrial Strategy for UK manufacturing, she claimed to be following in the footsteps of her political hero Joseph Chamberlain. It’s ironic then that this strategy will be left in tatters if Mrs May and Business Secretary Greg Clarke allow this latest corporate takeover.

GKN – a company Chamberlain helped establish in Birmingham –  is subject to a hostile takeover bid from Melrose, whose website boasts that it’s role is to ‘buy, improve, sell’ .

The ‘sell’ part usually comes after a few short years. Of course, it results in big profits for themselves and shareholders.

GKN is a major UK manufacturer of high-tech aerospace, defence and automotive components. So a risky takeover represents the opposite of May’s apparent long-term commitment to UK manufacturing needs.

This is get rich quick short termism – the sort we saw back in the days of red braces and mobile phones the size of a brick – the 1980’s.

For Unite, the share price comes in at a very distant last in the list of our priorities, compared to the 6,000 workers spread across 14 UK sites.

The financial media are reporting that the Melrose bid is worth £7 billion. But in reality they aren’t spending a penny.

Instead they plan on borrowing the cash, enticing shareholders with promise of an ‘exceptional dividend,’hen shouldering the company with the debt they’ll expect the workers to pay off.

If this ‘debt for dividend’ deal – which piles all the risk onto the workforce – is allowed to succeed, it’ll send UK manufacturing back decades.

What can be done?

Along with the pioneering electric vehicle technology made by Unite members in the Driveshaft division, GKN’s aerospace operations produce military-grade technology for both the UK and US air forces.

Simply put, this takeover is also a matter of national security – and that allows Secretary of State Greg Clark to intervene and put a stop to it.

Lets end this fixation with short-term share prices. By every other measure GKN, is performing strongly – and that’s entirely thanks to a world-class workforce.

If GKN is broken up, business links which give UK manufacturing a vital competitive edge will be lost.

Instead of carving the industry up – either by Melrose or the current management – we need to see a long-term plan, backed up by investment.

In the coming weeks, Unite will be working with our members, who oppose the takeover, as well as MPs, industry and GKN’s European employees to say: this is a takeover too far.

Unite has not given up on the idea of having a Manufacturing and Industrial Strategy. The coming days will show if Theresa May and her government can say the same. 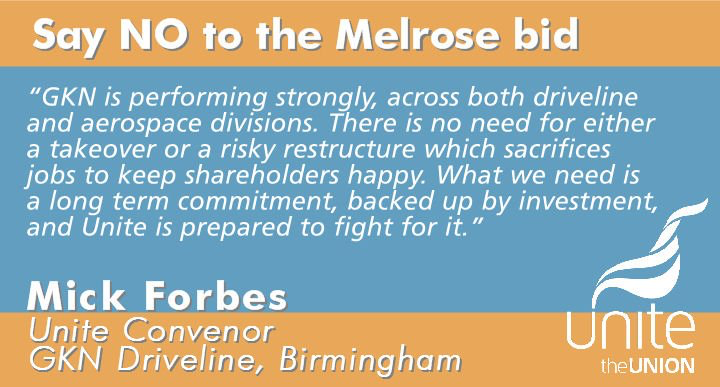 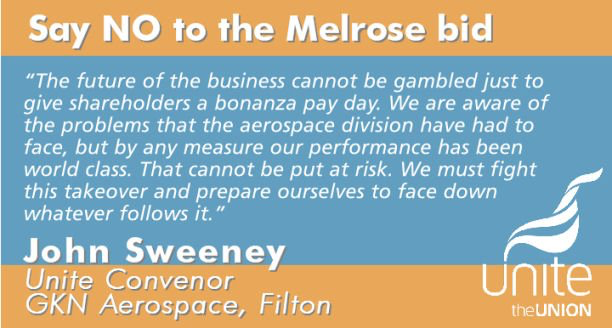