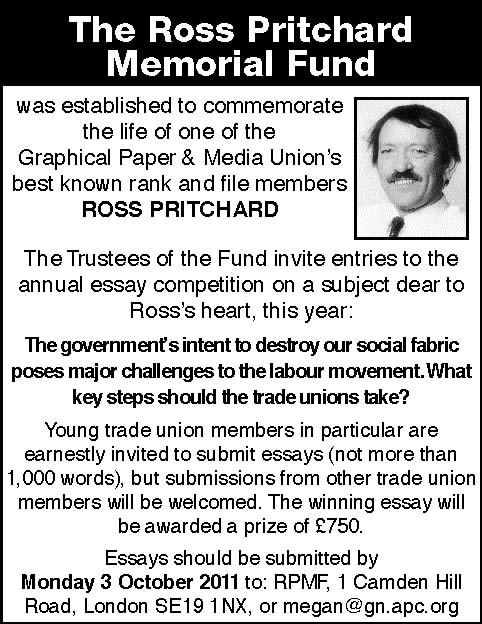 The Ross Pritchard Memorial Fund was established to commemorate the life of one of the GPMU’s best known rank and file members.

Ross was also well known throughout the trade union and Labour movement.

Each year the trustees of the fund run an essay competition, aimed at young trade unionists, with a prize of £750.

This entry was posted in Politics, Trade Unions, Unite The Union, Workers Uniting. Bookmark the permalink.