The right to strike in Europe 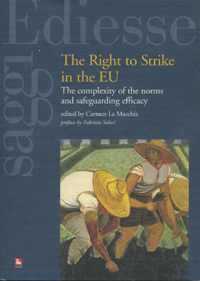 In 2011 the International Centre for Trade Union Rights Director Daniel Blackburn and Vice President Professor Keith Ewing attended a series of meetings organised by the Italian CGIL trade union confederation as part of their research project into the right to strike in Europe.

Legal experts from across the EU shared their perspectives on the key issues for the realisation of the right to strike within their respective domestic legal frameworks.

The ICTUR team argued that it was vital to consider the evolving situation at pan-European level, particularly the series of problematic cases (Viking, Laval, etc) in the European Court of Justice (or ‘the business court’, as a number of participants began to call it). Professor Ewing pointed to the more progressive decisions (Demir, Yapi Yol-Sen, etc) emanating from the European Court of Human Rights in recent years and called for these cases to be given prominence in the CGIL report.

The report containing summaries of the legal position on the right to strike in all participating countries is now available online, click here to access or by clicking on the graphic.