The Return Of ‘What Has Europe Ever Done For Us….’ 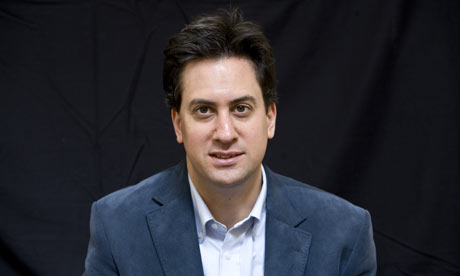 Ed Miliband is to make a positive statement at the CBI Conference today in favour of remaining in the EU – even if he qualifies continuing membership as “for now”.

David Cameron is being pushed further to the right by the threat of UKIP and the xenophobes and nutters in their anti EU brigade who believe that leaving the EU would bring growth back to the economy by “repatriating’ laws from Brussels by turning the UK into a ‘go-it-alone’ offshore tax haven for the rest of Europe.

Looming large among these ‘repatriated’ laws will be employment rights hard won and gained by European legislation. See my blog ‘What Has Europe Ever Done For Us…..Well”

Alongside the anti-EU rhetoric being whipped up in the media, there is confusion over austerity measures being enacted in some EU countries. It should be clear – unions currently battling against cuts and austerity in Greece, Spain and Portugal are not suggesting their counties should leave the EU and break up the EU – or leave the Euro for that matter.

In a telling editorial the Observer set out where the road to leaving the EU will take us. Here is what it said:

“For them, (Conservative Euroscpetics) membership of the EU has contributed to Britain’s protracted depression. Echoing the defeated Tea Party in the United States, they offer Britain a prospectus of becoming like Hong Kong. Minimal protections in the workplace; the chance to develop ourselves as a tax haven; to become Europe’s economic and political renegade, imagining that the EU will be perfectly happy to accept unfair and unregulated competition. To believe this as the route to economic salvation is fanciful indeed.

Instead, it will be a disaster at every level. Britain’s mass car industry will head to low-cost countries that have remained in the EU. Much other manufacturing will follow; Airbus production will migrate to Germany and France. Already, there is massive damage. It was partly because Germany now anticipates Britain leaving the EU that Berlin vetoed BAe’s deal with the defence giant EADS. It did not want Europe’s defence industry to be concentrated in a non-EU member. The financial services industry will be regulated on terms set in Brussels and be powerless to resist. British farmers, who have prospered under the Common Agricultural Policy, will find they become dependent on whatever mean-spirited British system of farm support that replaces it. Farms will survive by industrial farming, devastating the beloved English countryside.

Tax avoidance and evasion will reach crippling levels as our economy becomes increasingly wholly owned by foreign multinationals that make tax avoidance in Britain central to their business strategy. No Eurosceptic ever complains about the selling of Britain to foreigners, a much greater constraint on our sovereignty than Brussels. Our fiscal and monetary policy will shadow that of the European authorities for fear of an attack on sterling if we do not.

We will be become sub-contractor to the world with zero economic sovereignty, a bits-and-pieces economy offering low-paid, transient work to a public unprotected by any kind of social contract because of the disappearance of our tax base.

The best in Britain know this – most in the leadership teams of our main political parties including the Tory party, directors in our top companies, our cultural leaders, our trade union leaders, our universities and some of our public intellectuals. Yet collectively they are silent, bullied and cowed by the overwhelming media might of the Eurosceptics and losing heart because of the single currency crisis. Yet the EU is putting in place mechanisms for the euro‘s survival and even its prospering – a rescue and bail-out mechanism, a banking union, closer fiscal co-ordination and more political collaboration. The EU, the euro and the single currency will be here in a decade’s time – our continent’s instruments for managing globalisation and the challenges of the 21st century. We can be the renegade at the margins or playing our part in one of the great projects of our time. Those who believe in Europe need to start speaking out – and urgently”.