The new Employment Tribunal fees add up to inhumanity 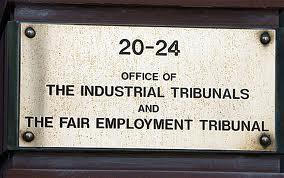 The announcement by Justice Minister Jonathan Djanogly that future applicants to Employment Tribunals must pay fees is a shocking example of the UK Government’s heartlessness – and an indication that it is prepared to roll back social advances that not even Margaret Thatcher dared touch.

From next summer people who allege they have been unfairly dismissed will have to pay £1,200 to secure a hearing. The Minister justified introducing fees in these terms: “It’s not fair on the taxpayer to foot the entire £84m bill for people to escalate workplace disputes to a tribunal.

“We want people, where they can, to pay a fair contribution for the system they are using, which will encourage them to look for alternatives.

“It is in everyone’s interest to avoid drawn out disputes which emotionally damage workers and financially damage businesses. That’s why we are encouraging quicker, simpler and cheaper alternatives like mediation.” This is the first time in my recollection that a Minister has sought to justify withdrawing a right by suggesting that excersing it is damaging to the individuals concerned. As an observer of Employment Tribunals for many years – I remember when they were called Industrial Tribunals – I am well aware of the trauma endured by many people who pursue a claim. Tribunals are slightly less formal than courts, but giving evidence is a daunting prospect for people likely to have very bad memories of the events that led them to the hearing. Yet it is something most people are prepared to go through when they are seeking justice.

It is difficult to see the UK Government’s move as anything other than an attack on workers’ rights. Unlike the United States, Britain does not have an employment landscape in which employees can be dismissed at will. There are procedures to be followed aimed at ensuring fairness, and there is an expectation that employers will act reasonably. Most do, but unfortunately many do not. Having the ablity to take one’s case to an Employment Tribunal is an essential safeguard for aggrieved workers.

Almost certainly, the Government sees the imposition of fees as a stick with which to beat trade unions. Members will rightly expect the charges to be met by their union, onerous as that may be in these austere times. The consolation for unions is that the change could help them recruit new members.

Often, though, the worst cases of victimisation occur in workplaces that are not unionised and where bullies can have a field day. At present the ability of long-suffering workers to seek redress at an Employment Tribunal is something that in some circumstances acts as a deterrent, but which ultimately can be invoked if necessary. Expecting a low-paid, isolated and demoralised worker to find £1,200 just to get a hearing is wholly unreasonable. In fact it is a disgrace.

Why on earth have the Liberal Democrats signed up to such inhumanity?

This article appeared on WalesOnline.co.uk on July 16th