Last Tuesday (September 13th), I was quoted on the front page of the Burton Mail a regional newspaper. 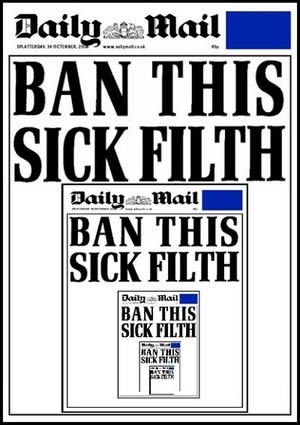 The Daily Mail’s website picked up on the story the next day, and from then on, the story went global. By Wednesday afternoon, the story had had several hundred comments, whilst a number of Eastern European websites has now started covering the Mail’s version, along with a few hard-right “white power” websites.

On the Thursday my quote from Tuesday’s Burton Mail was on page 2 of the Daily Express and page 13 of the Daily Mail. My phone did not stop. At 12.15pm I was live on the Adrian Goldberg show on BBC West Midlands.

I was asked onto a live debate for the BBC World Service at 1.30pm, and at 6.30pm I was taking part in a live debate with a Human Rights Barrister in BBC 5Live.

So what was the story?

Unite has been running a union recognition campaign at the Waterstone’s national distribution centre in Burton on Trent. I am concerned that the employer is looking to use very dubious and possibly illegal ways of getting around the new Agency Worker legislation.

Agency workers were telling me that they were being asked to work directly for Unipart (the company running the warehouse for Waterstone’s). The new contracts would be at the minimum wage, a pay cut compared to the Agency rate. The Burton Mail contacted me about this on the Monday and I gave them a quote.

I’d also been told that a petition was doing the rounds in the Warehouse in response to a management dictat that all conversations between workers during works time must be in English. This is a workforce that speaks English.

A number of workers felt that the ban was over-bearing. Others thought it was there to send a message that the employer didn’t want anyone talking at all. I called the ban “ridiculous” – my view being that if person A speaks to person B regarding a non-work issue, then that is no business of any employer, and the individuals can speak any language they want.

The Burton Mail covered both aspects to the story, but what the Daily Mail did next was very clever – sinister, but clever. Without reference to me or to the Burton Mail, the Daily Mail decided that foreign workers at Waterstone’s made to speak English claim ‘human rights abuse’.

They had hijacked this local news story and twisted it to suit its political agenda. A staunch cheerleader of the Conservative Party, this “story” was an opportunity to help bring its readers to their own conclusion that foreigners in this country don’t want to learn English, don’t deserve benefits, and that human rights and unions are somehow a bad thing.

As for the Daily Express, check out its website and search human rights or unions – honestly, they have one “story” on these subjects every day of the week! And all of them as twisted as this one example I’m talking you through…

I can’t complain that I’ve been misquoted. But my comment “ridiculous” was fair and appropriate to what the story actually had been – less so for what it had become.

As for the Daily Express, they did call me to check accuracy, but still went with the “human rights abuse” angle – in quotes – in the first sentence of its page 2 report. By the time I was introduced on BBC Radio 5Live that evening, the presenter wanted a debate about whether non-english speaking workers had a human right not to bother to learn English. Shortly after I put the presenter straight, the debate was hastily brought to a close.

What really disturbs me in all this is the obvious power of the Daily Mail to shape the reporting of the news. I’m dismayed that different parts of the BBC all accepted at face value the lies and distortions of the Daily Mail. The BBC made no attempt to check whether workers had made any “accusations”. No attempt was made to check if “human rights” had been even mentioned. No attempt was made to check if my quote had been applied in context.

Now let’s take a look at the the Editors’ Code Of Practice, as per the Press Complaints Commission (PCC):

i) The Press must take care not to publish inaccurate, misleading or distorted information, including pictures.

iii) The Press, whilst free to be partisan, must distinguish clearly between comment, conjecture and fact.

It is perfectly clear that the Daily Mail and Daily Express have deliberately breached section 1.1 and section 1.3 of the code. It is also perfectly clear that this deliberate and skillful distortion of the truth is something that takes place throughout these and other right-wing newspapers day in, day out in Britain today. This is a poison within our national life, and I can think of no good reason why decent people should continue to put up with it.

I’ve now submitted a formal complaint to the PCC, and I encourage Trade Unionists to do likewise with every single distortion and lie that hits us daily.

Share this article online and bring it to your next union meeting.

There is a vicious anti-union war being fought against unions every single day in the right-wing papers. They do so because they continue to get away with it. I believe Twitter can be a game-changer for truth. I will be tweeting this article with the hashtag #distortion. I look forward to working with you in cyberspace – let’s start nailing these nasty lies about our people and our movement.

The article by Rick Coyle first appeared on Left Foot Foward but Rick has asked for it to be re-publsihed elesewhere. Happy to do that Comrade.