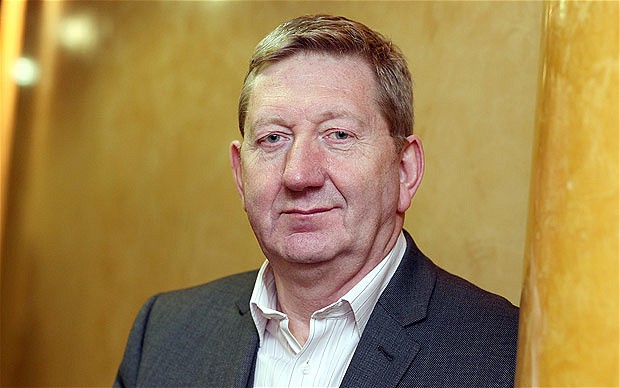 The much-leaked 2012 Budget will be remembered for two own-goals by George Osborne: taxing the elderly and lining the pockets of the wealthy by cutting the top rate of income tax to 45p in the pound.

When the next General Election is held in 2015, those two measures will come back to haunt the coalition parties and remind voters that Osborne’s derided claim that “We are all in this together” was a hollow and dishonest sham.

The legacy of this disreputable budget will be the Chancellor’s obsession with pandering to the 300,000 richest households and stealthy hitting the tax allowances enjoyed by pensioners over the age of 65.

And to top it all, there were no measures in the Budget to help the nearly three million unemployed which stands at a 17-year high. That was an insult to those seeking work in desperate economic times. The unemployed are not just forgotten, they are being condemned to joblessness.

This was a Budget drawn up by a Cabinet of millionaires for millionaires-another wasted year in what is becoming a lost decade for jobs and growth. But worse, this is a year in which the poorest will be paying for the gifts lavished on the wealthy. According to the IFS, the poorest in society will see their net income drop by 3.5 per cent in April this year. Did the Chancellor learn nothing from the Thatcher years? Trickle-down economics do not work.

And we need to ask, where is the money coming from to pay for the cuts to the top rate in income tax and in corporation tax? Osborne’s plan to close loopholes will only take him so far. Behind the smoke and mirrors the fixation with austerity continues, and will lead to billions worth of cuts in welfare and public services.

Raising the personal allowances will be cold comfort, when household bills are soaring and VAT remains at 20 per cent because of this government’s intransigency. New Unite research has shown that the average worker is already losing £150-a-month because of the coalition’s austerity regime, pay freezes and steep rises in the cost of living.

In America, where the Obama administration has adopted measures to stimulate the economy, growth is ploughing ahead at a rate of 2.2 per cent a year, while in Britain growth is flat lining.

The continued drive to press ahead with regional pay will be an economic disaster for the poorest regions of the UK, cementing the North-South divide. Even the NHS Employers, which represents 2,500 hospitals and other bodies, has come out against the idea. Spending power will be drained from those areas, and siphoned off even more rapidly, if regional pay is imposed.

We called for a budget for ‘growth and jobs.’ But the failure by Osborne to realise the error of his ways and wean himself off his austerity addiction means that Britain still faces the prospect of a recession and 1980’s scale joblessness for years to come.

Stimulus is the medicine we need, and there was so much more that Osborne could have done. For example, a ‘Robin Hood’ tax on all cities’ financial transactions of 0.05 per cent could raise £20bn a year. Rather than tinkering around the edges, a national investment bank to boost investment in our infrastructure and a coherent strategy for manufacturing would have helped to breathe life into the economy.

However, Osborne flunked it and persisted in his dogged view that this government of the rich remains committed to helping those that they identify with: the rich and the powerful.