Tata Steel : “Do nothing minister” says job losses are “worrying” 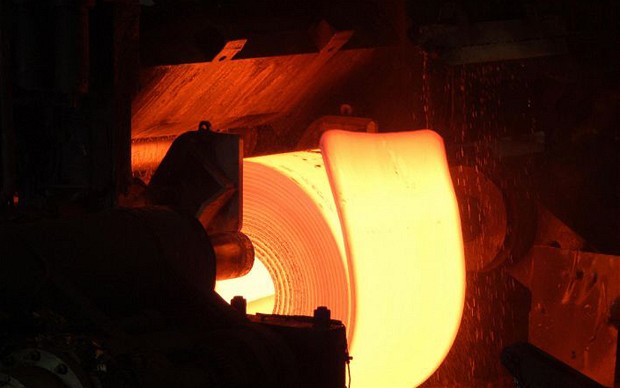 As Tata Steel announced 1,500 jobs are to go at their plants on Teeside and in Scunthorope, the best the Business Secretary Vince Cable could say was news was “disappointing”, adding: “This will be a worrying time for workers at Scunthorpe in particular, and also in Teesside”. You bet Vince! Whats also “worrying” that Cable really has become the “do nothing” minister – except for pushing through Tory changes to basic employment rights.

The Indian company said it was proposing to close or mothball part of its Scunthorpe plant, putting at risk 1,200 jobs, as well as cutting 300 jobs at its site on Teesside.

Tata says the decline in demand from the construction industry for the cuts, but it also announced that it will invest £400 million in its Long Products business over the next five years.

The Con-Dem cuts in public services has meant that demand continues to fall for infrastructure, building and refurbishment projects with the consequent fall in demand for steel.

Tata, which completed the sale of its Teesside Cast Products site in Redcar to Thai steel firm SSI earlier this year, launched a 90-day consultation with unions today before the redundancies will start.

Unite national officer for the metals sector Paul Reuter said: “This is a real blow for the region. The announcement highlights just how fragile our economy is and the coalition government should not be so quick to start talking about growth and recovery.

“Union representatives are currently working with Tata to mitigate the impact of the cuts. Unite has already demanded that there should be no compulsory redundancies and we believe that this should be possible to achieve.

“Tata has also announced that it intends to invest £400 million into the business. While the job cuts are very disappointing the investment is to be welcomed and Unite will be working to ensure the money benefits the workers.

Ian Lucas, Labour’s shadow industry minister, said: “This seriously calls into question how the Tory-led Government is facing up to the challenges facing the economy, which has flatlined in the last six months instead of moving towards significant growth.”