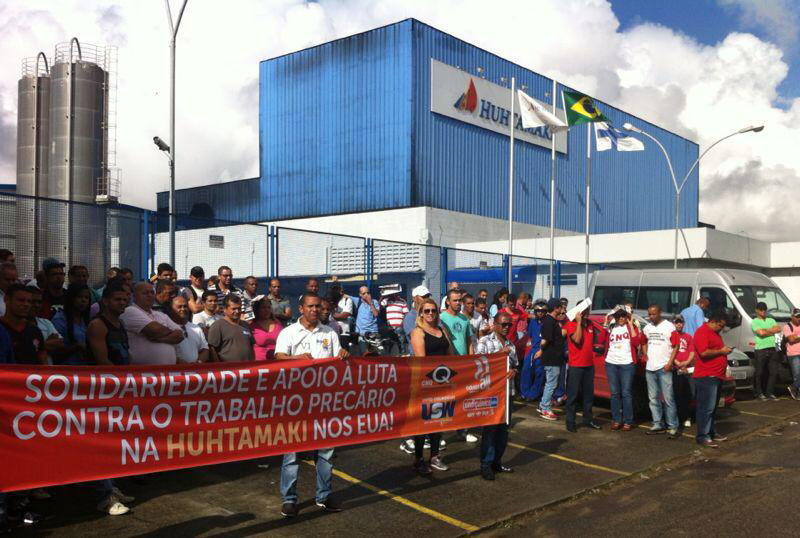 Union members and employees of Huhtamaki North America picketed outside the company’s Waterville plant today (Wednesday) in an effort to draw attention to their inability to come to terms with the paper goods manufacturer on a new contract.

Rank and file union members say they have been without a contract for about two years. Lynne Hancock, a Pittsburgh-based spokeswoman for the Steelworkers, said the issues in the dispute are wages, health benefits and whether employees would receive retroactive pay for the period that began when the previous contract expired.

“An agreement was reached in July on most language issues with the contract,” Hancock said.

Huhtamaki employs about 360 union workers at its sprawling complex on the Waterville-Fairfield municipal boundary.

The Waterville plant is one of 15 manufacturing plants operated by the Finland-based company in the United States. Five of the company’s installations are represented by the United Steelworkers, Hancock said.

Best known for its Chinet brand of disposable tableware, Huhtamaki manufactures a variety of disposable paper products at its Waterville plant. The company began operations in Waterville as Keyes Fiber in 1908.

The firm was sold to a Dutch concern, which was later acquired by Huhtamaki. 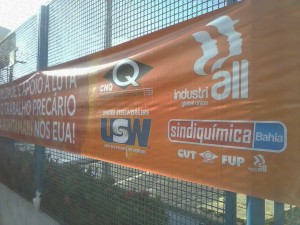 Their banner reads: “Solidarity and Support for the Struggle Against Precarious Work at Huhtamaki in the USA”

A Huhtamaki spokesman could not be reached for comment on the labour dispute.

The supportive action reflects other recent actions by unions with members in Huhtamaki, the Finnish paper products company. The company in in its home country works with unions – as it does in other EU countries – but is taking an increasingly hard line with the United Steelworkers in the USA, which is now proving the norm with many European companies who oppose union organisation and collective bargaining in their US plants.