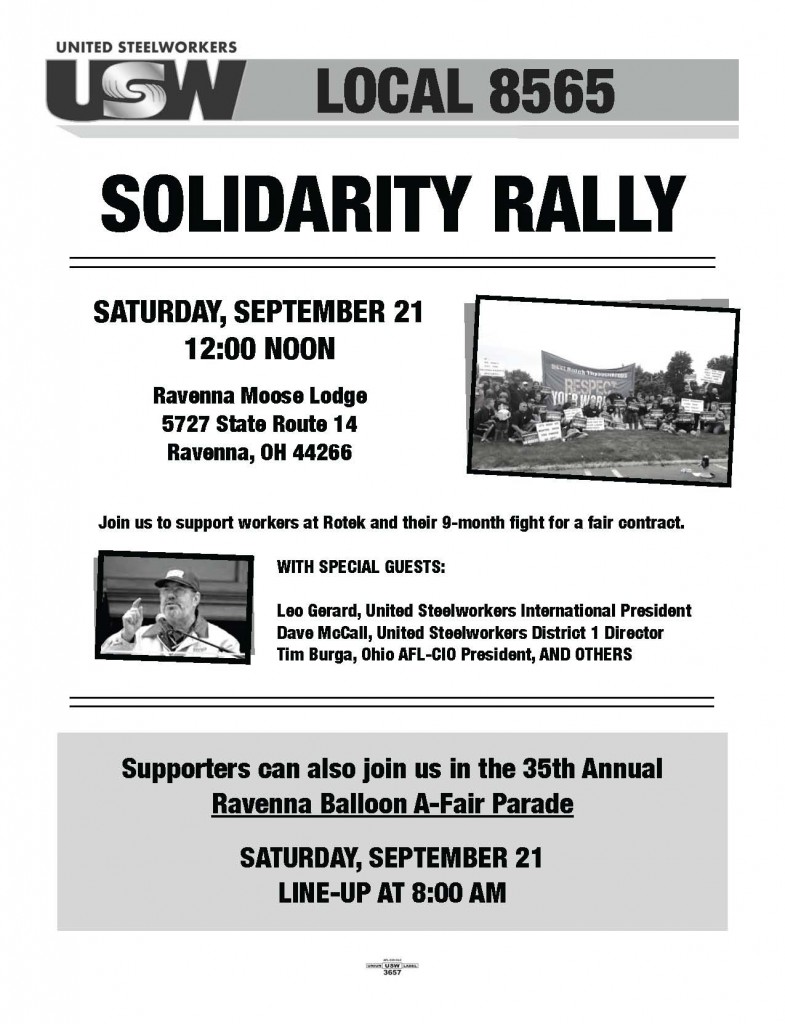 Nine months ago, members of USW Local 8565 were forced into an unfair labor practice strike when executives at Rotek refused to bargain a fair contract. In January, 112 workers in Aurora were pushed onto a picket line, after 72 were laid off the previous fall. These were good, family-supporting jobs done by our USW members.

• Workers only asked to keep what they had, not for pay raises or new benefits, but Rotek still refused to bargain fairly.

• Rotek demanded wage and health care cuts, but refused to give financial information to show why these cuts were necessary or how they would help the company’s performance.

• Workers took layoffs, but so far no one from Rotek’s bloated management has lost their job.

• Rotek hired AFIMAC, a security firm infamous for intimidating workers, and has used this private security firm to illegally videotape and provoke workers.

• Rotek has brought in replacement workers and continues to advertise for strikebreakers.

Message of support to to damccall@usw.org