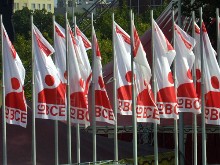 Germany’s giant IGBCE chemical union and the BAVC employers’ association have agreed on an above inflation wage deal for 550,000 employees of 4.1% over 15 months.

The details are: for the first month of the agreement, employees forego an increase and will then get a 4.1% pay increase before any possible renegotiation at the end of the 15-month period.

The start of the deal will differ from region to region, with dates ranging from March 1st to May 1st, IGBCE said.

In the collective bargaining area comprised of North Rhine, Rhineland-Palatinate and Hesse, the deal will be backdated to March 1st. In Westphalia, Bavaria, Baden-Wuerttemberg, Lower Saxony/Bremen, and Schleswig-Holstein/Hamburg, the deal starts April 1st. In Saarland and in the Northeast, the effective date is May 1st.

IGBCE had sought a 7% pay increase with a contract duration of 12 months. The BAVC, however, argued that sector production growth this year is expected to slow to 2.5% and revenue growth to 4.0%.

The deal means that the European Central Bank will now monitor the outcome of these wage talks in Germany’s important chemical industry. The central bank has vowed not to allow higher inflation to trigger a price-wage spiral in the Eurozone.

With inflation currently running at an annual harmonised rate of 2.2% in Germany, the deal is a real increase for workers in the industry.

“We are proud that we could agree on this number,” chief negotiator Peter Hausmann of IGBCE said.

“We are facing drastic shortages in skilled workers,” German Labour Minister Ursula von der Leyen said. She previously had warned that wage levels would rise “noticeably” this year due to “fewer workers available.”