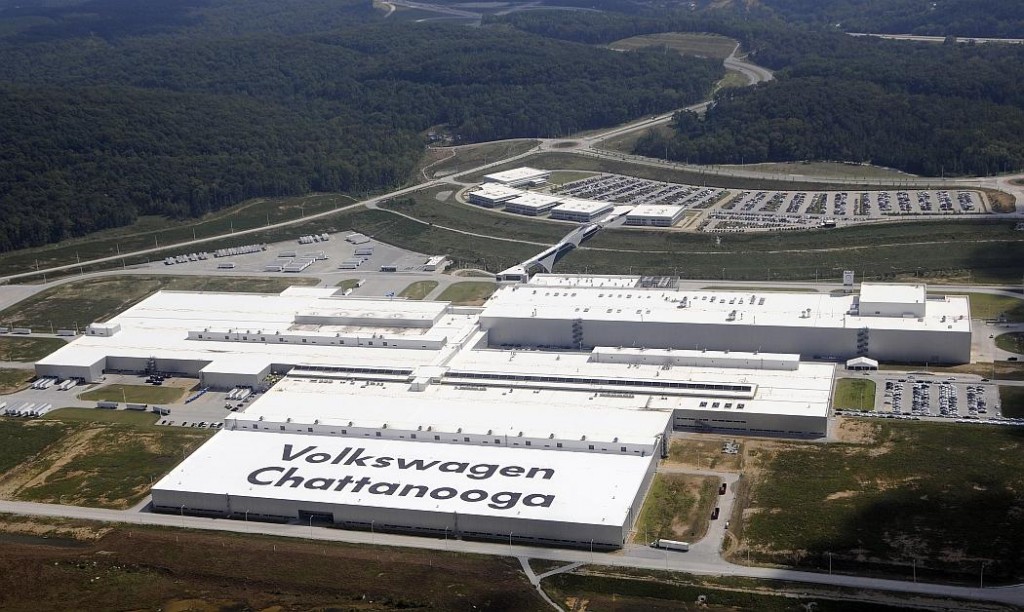 The US trade union movement had some good news last week when skilled-trades workers at Volkswagen’s U.S. assembly plant in Chatanooga, Tennessee voted for union representation and collective bargaining by the United Autoworkers.

The workers who repair and maintain machinery and robots at the factory voted 108 to 44, or 71% to have the UAW negotiate collective bargaining deals on their behalf.

Twenty months ago the UAW lost a ballot across the whole of the workforce for union recognition at the plant following a campaign by right wing politicians to get workers to vote against union representation, despite the fact that the VW management had agreed to a German style works council structure at the plant.

Workers at the plant were subject to a media blitz by right wing politicians who issued misleading statements including threats that if they voted for union representation VW would pull out of the state.

The tight vote – workers voted 712 – 626 against – meant that the UAW (working with Germany’s IG Metalworker’s union) had to re-think their strategy which has involved in setting up a UAW local branch to establish the union on the ground.

The UAW said they were confident that this group of Volkswagen skilled trades workers in Tennessee would vote in favour of union representation despite a planned appeal by Volkswagen of a federal labour ruling allowing the smaller group of workers to seek to join a union rather than requiring a vote by all 1,400 hourly employees.

Ray Curry, director of UAW Region 8 commended Volkswagen employees for exercising their rights in a representation election. “Volkswagen employees in Chattanooga have had a long journey in the face of intense political opposition, and they have made steady progress,” he said in a statement. “We’re proud of their courage and persistence. We urge Volkswagen to respect the decision of its employees and recognize the local union as the representative of the skilled trades unit.”

Gary Casteel, secretary-treasurer of the UAW urged Volkswagen to drop its plans to appeal the outcome of the election. The NLRB had ruled in favor of the UAW and ordered an election for 160 skilled trades employees rejecting an attempt by the company to block the election

Whilst this is a small victory it comes less than a month after the UAW secured new contracts General Motors, Ford’s and Fiat Chrysler.

The 2015 round of negotiations between union and big three Detroit automakers revealed workers frustrations but ultimately the deals left workers with pay increases and more job security – at least the next four years.

Fiat Chrysler workers rejected the first proposed deal before approving an improved second offer. The majority of workers at General Motors accepted a deal but skilled trades workers opposed it and caused a week-long delay before the deal was ratified. Ford workers narrowly passed their four-year pact by 51.4%.