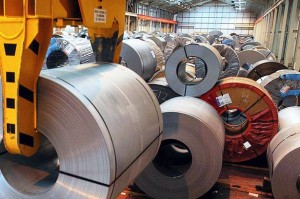 Figures published yesterday, (March 1st) showed a shock contraction in manufacturing which rounded off another dire week for the UK economy and signalled yet more misery for ordinary working families at the hands of government austerity.

The Markit/CIPS purchasing mangers’ index (PMI) figures showed that manufacturering companies are laying off people at the fastest rate since late 2009.

The index for manufacturing fell to 47.9 last month and was the first reading below 50 – which indicates contraction – since November.

With output and new orders both falling in February, the figures round off a calamitous week for the government which saw Britain stripped of its AAA rating and George Osborne’s credibility in tatters. The figures also scuppered the more upbeat messages from Vince Cable and Nick Clegg at this weeks Manufacturing Summit in the West Midlands.

These are dire figures and yet more evidence that the government’s austerity programme is sucking demand out of the economy.

It rounds off a week in which the UK was stripped of its AAA rating and leaves any economic credibility George Osborne and the government had left in tatters.

Government claims that it wants to boost manufacturing, ring hollow for the skilled men and women who have lost their jobs and face a future of uncertainty.

When will the penny drop with government that what we need is a proper state backed British investment bank and an interventionist manufacturing strategy as part of strategy that promotes jobs and growth?.