Remploy finally to be sold to “investors” 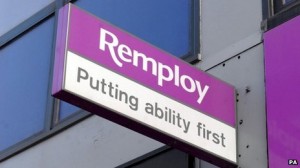 Like many union officials who have represented members employed by Remploy I was gutted to hear the news that Remploy is to be finally sold off to “investors”.

As DGS of the GPMU I was one time a member of the TU Consortium of unions who were ably lead over the years by officials such as Len McCluskey; Phil Davies of the GMB; Bill Freeman, Ann Field, Pete Ellis, Kevin Hepworth of Sogat/GPMU; Rachael Maskell of Amicus, Joe Mann of the NLBD/Community and many others.

The unions, back in the day, were proud to represent workers many with severe disabilities.

Many were workers who went to work at factory where they were cared for, workers knew they were part of a family of friends – and in days gone by – managed by people who understood the problems workers with disabilities faced day in day out.

I visited many Remploy sites especially those linked with bookbinding and packaging and saw the wonderful skills the workers had and saw at first hand people with severe disabilities who worked with dignity and were treated with dignity from their fellow workers.

We are all proud when Labour MPs like Terry Rooney and others set up Friends Of Remploy to campaign to keep Remploy going.

Some of its sites had, admittedly seen better days, but they were a safe haven and Government investment with a long term plan would have helped them survive.

Today was a sad day. The minister Esther Mcvey, didn’t even go to the House to make the statement, instead we had to suffice with a written statement which said: “a significant stake” would be offered for sale to investors. The result would be a joint venture with employees also holding “an interest” in the company”.

Worse still was Remploy CEO Beth Carruthers all chirpy on 5Live this evening on how wonderful all this was and how it would help thousands of people with disabilities.

Ok, it has been coming for some time since the 2013 closures – but it is still a very sad day for the former Remploy workforce.