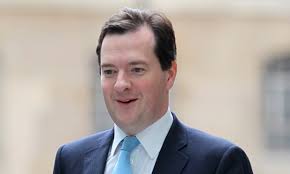 According to much of the media this week – the worst is over, the recession is yesterday’s mashed potatoes and according to Danny Alexander the economy is in the ‘fast lane’. The media swallowed the Tory-LibDem spin hook, line and sinker.

However, amidst the euphoria, there are some wiser commentators and economists issuing cautionary warnings that all is not what it seems.

Certainly working families who are now told, it was all worth it, we are on the way up, we are better off will know different.

So what has really happened?

The economy expanded by 0.8% in the second quarter of 2014 taking the value of goods and services produced in the UK between April and June to a total of £393 billion. The last time quarterly GDP output was at that level was in the first quarter of 2008, before the global meltdown.

But in the Independent 0n July 27th Ben Chu (@BenChu_) demolished Osborne and Alexander’s conclusions, saying they were premature.

In a nutshell Ben Chu argues a number of points that Unite has been arguing for sometime – namely the re-balancing of the economy in favour of manufacturing is not happening – hence the need for an interventionist industrial strategy; wages are being squeezed – those at the top are doing well but working families are struggling; UK productivity is low; new jobs created can be categorised as “self employed” or low quality, precarious employment (and easily disposable under the UKs employment rights regime) and household debt is on the rise again.

On the latter point a number of economists have pointed out that even if Mark Carney gently increases interests rates towards Christmas, the increases may tip some families over the edge.

Here is what Ben Chu said this weekend – and it is worthwhile repeating here:

GDP per capita still weak: The economy is now very slightly bigger than it was six years ago. But the population is considerably larger than it was in 2008.

The result is that even though GDP might have returned to its peak, GDP per capita, which is a better measure of national wellbeing, still languishes. The latest official figures for this metric only go up to the first quarter of the year.

But assuming the population grew at a similar rate in the second quarter, GDP per capita would still be 4 per cent below where it was in the first quarter of 2008.

And as Labour pointed out today, GDP per capita is not likely to get back to where it was for three more years yet, even if the economy continues to expand at the present decent pace.

Lack of rebalancing: Hopes that manufacturing and construction would drive the recovery and rebalance the economy have so far been dashed. Most of the work has been done by the services sector. Year-on-year GDP growth in the second quarter of the year was 3.1 per cent. Of this around 80 per cent was accounted for by an increase in services output.

Services output is now 3 per cent above its 2008 peak but manufacturing output is still more than 7 per cent below its level of six years ago, and construction remains a full 11 per cent shy. Exports and business investment have also consistently fallen short of expectations.

The wage squeeze: Most people would associate a recovery with rising pay and living standards. But wages are still considerably lower than they were in 2008. The average total weekly pay packet in May was £478. That’s 9 per cent lower than six years ago, when adjusted for Consumer Price Index inflation.

And despite the GDP recovery and the fall in inflation to below the Bank of England’s 2 per cent target, wage growth is still extremely weak. In the three months to May, average pay increased in cash terms by just 0.3 per cent year on year.

Hidden unemployment: Employment has held up surprisingly well since 2008 and unemployment has now fallen to 6.5 per cent. More than 1.1 million new jobs have been created over the past six years, despite the weakness of the wider economy.

Yet around two thirds of these have been self-employed positions and the quality of these new jobs is unclear. Some economists suspect they could be disguised unemployment.

Official survey evidence certainly suggests considerable underemployment in the economy, with people saying they wish to work more hours than they currently have.Another reason for caution on the recovery is productivity. Outputper worker and per hour remains well down on its 2008 level. Unless productivity eventually picks up, wages and living standards cannot rise.

Debt is rising: Household debt levels as a share of total household incomes have come down since the recession. But the ratio, at around 140 per cent of GDP, remains high by international standards. And the Office for Budget Responsibility expects the ratio to start rising again back up to pre-crisis levels over the coming years.

This is mainly a result of the expectation that people will start borrowing heavily again to buy expensive houses. The danger here is that people could once more panic about their personal debt levels and stop spending, which would, in turn, plunge the economy into recession.

Higher debt could also stretch the personal finances of some households when the Bank of England starts to put up interest rates from their present record lows of 0.5 percent, which is expected to happen around the turn of the year.

As an antidote to Tory and LibDem spin @D_Blanchflower is well worth following on Twitter. His tweet that: “Best analogy for the UK economy is it is like a NASCAR race for G7 where 5/7 lapped us 3 times and we just put in fastest lap but still 6th” says it all.

And just as I was ready to press the publish button I got sent this gem written by Asa Bennett in the Huffington Post.