Protestors say Rio Tinto ‘to blame’ for mine deaths

At a London event organised by the global union federation IndustriALL union members and protestors from around the world demonstrated against giant mining and metals company Rio Tinto this week over in health and safety violations which lead to the deaths of 41 people in Indonesia.

The action was jointly organised with Unite, with participation from IndustriALL affiliates Community from the UK, FNV from Holland and United Steelworkers from the USA and Canada.

IndustriAll, which represents 50 million industrial workers across the world, accused Rio of “very wide breaches of fundamental rights” and said the Anglo-Australian mining company could have done more to prevent the 41 deaths last year.

Kemal Özkan, assistant general secretary of IndustriAll, said the deaths of 33 gold miners when a tunnel collapsed at a Rio joint venture mine in Indonesia last May could have been avoided.

He said that the Indonesian human rights commission had found that the Grasberg mine, jointly owned with US company Freeport, “had the ability to prevent this from happening but didn’t”.

“The lack of effort jeopardised the lives of others. The gravity of this case is serious,” he quoted Indonesian human rights commissioner Natalius Pigai as saying in a report into the incident”.

Jan du Plessis, Rio’s chairman, described the Indonesian deaths as a “tragedy” and said the company was doing all it could to improve safety. “We’ve got to be by far one of the leaders in this field safety,” he said at the company’s annual meeting in London.

He admitted that the Grasberg mine, the world’s largest gold mine, was “far from perfection”. But said Rio’s board believed both safety and environmental issues would not be improved by the company pulling out of the operation in Papua. 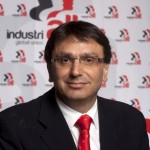 But Özkan hit back by outlining fundamental rights’ violations, attacks on collective bargaining, the use of precarious employment and appalling health and safety records in Rio Tinto operations worldwide.

He said: “We question Rio Tinto’s sustainability practices; particularly labour relations and your commitment to health and safety. You say fatal accidents are a shame in the 21st century, and yet you reported 40 deaths last year. And according to the official government investigation the Grasberg accident in Indonesia could have been prevented!”

Well-known private shareholder John Farmer said it was unacceptable for the company to “gloss over 33 deaths just because it the mine]is managed by someone else”.

A company spokesman later tried to distance itself from the deaths by saying: “Rio Tinto does not manage the Grasberg operation, but we do not stand aside when fatalities occur. We are working with Freeport, the managers of the mine on safety, as well as community, human rights and other issues.”

Perle Zafinandro, the leader of a community protest group against Rio’s majority-owned coastal forest mine in Madagascar, accused the company of “land grabbing and environmental devastation”.

Sam Walsh, Rio’s chief executive, apologised for poor communication and promised better engagement with local people. He said the level of compensation for people displaced by the QIT Madagascar Minerals mine was negoitated by the Madagscar government, which owns 20% of the mine, not Rio.

Walsh also committed to “turning the area back to what it was” and has employed a “team running a plant nursery to be able to fully rehabitualise the area”.

Zafiandro said: “How are you going to get these trees to grow on the dead sands left behind?