Prospects for a deal on Working Time Directive “look gloomy” 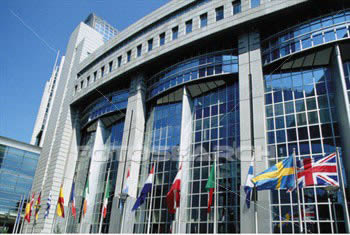 Trade unions and employers bodies in the EU are due to start social dialogue talks on the EU’s Working Time Directive before the autumn this year. Many MEPs remain pessimistic about the chances that the two sides will strike an agreement.

Last year the European Commission published a paper following a consultation on the scope for amending the Working Time Directive, after previous attempts failed in 2009.

The ETUC and Business Europe (the EU employers body) – the social partners – have indicated that they will be ready to begin a dialogue from June at the earliest, and before the end of September.

Negotiations on amending the directive failed in 2009 over key issues such as the ending of the opt-out which allows the UK and other countries to provide for workers to work longer that an average of 48 hours over a four month period (although there is maximum of a 52 week reference period allowed as well where unions and employers agree).

The WTD is health and safety legislation but in the UK the opt-out has been highly controversial since it was negotiated by the Conservative government lead by John Major.

Although some industries and companies hold agreements on working time with unions – there is evidence of employers misleading or pressuring workers into signing opt-outs with threats of loss of overtime earnings, loss of contracts and job losses. Sadly the last Labour Government did little to press the issue, despite being opposed the a “long hours” culture in the UK and supportive of family friendly policies – content to state that employees should not be forced to work long hours.

I recall one meeting at a Labour Party Conference, chaired by a Minister, over the inclusion of a strong commitment to the ending of the opt out and support for Working Time Directive in a contemporary motion. The meeting included  a number of New Labour types who argued that people should be allowed to work the hours they wanted to work and who had no understanding about the pressure placed on people who didn’t want to be forced to work all hours God sends.

Other controversial issues up for review include the extent to which ‘on-call’ time should be counted as working time under the directive – something the medical profession is following with interest, and also arrangements to allow employers to pay compensation in lieu of working hours.

Under EU rules the social partners must send a joint letter to the Commission indicating their willingness to talk. Once the letter is sent, a time limit of nine months will start to run within which the parties can agree a deal.

If the talks fail, the parties can appeal for an extension of time, but the Commission is under no obligation to grant one. The EU executive may go ahead and issue draft amendments to the directive regardless, but it usually prefers to achieve broad agreement between the social partners.

There is little sign of a deal. BusinessEurope, the lead social partner representing employers, wants the dialogue on only those issues on which it believes progress can be made. These include on-call time, but leaves the issue of the opt-out alone.

The European Trade Union Confederation (ETUC) is seeking a full negotiation, with everything including the opt-out up for debate and agreement.