Unite members at United Closures & Plastics (UCP) held a 24-hour strike this week over changes to their pay and working hours. 150 members at the Stirling based packaging site staff went on strike after no agreement was reached during a consultation period.According UCP, prints and manufactures packaging for the drinks industry, has increased employees’ contracted hours by five hours per week for no extra pay. The chapel said that the new contracts were due to come into effect from 29 August. Norman King, Unite Regional Officer said that strike action was ongoing, with the next planned for 29 June.

Norman King said: “The staff are striking over a change in working priorities after no agreement was made at the end of a consultation period. It means that staff will be expected to work longer for less money. Some staff will also be £27 a week worse off.”

He added that other detrimental changes included changes to sick pay and holiday entitlement, and that UCP had taken out a court injunction to try to stop the strike.

King said the Court of Session in Edinburgh, which rejected a bid by the company to get an injunction against Unite awarded costs against the company, and gave the union the right to go ahead with the strike.

Meanwhile at the on-going dispute at Wyndham Impact in Basingstoke chapel members have increased weekly strikes from four to five hours.

Chapel members have walked out for four hours a day every Friday since 6 May, until 18 June when they added an extra hour. The union has threatened that action could become more severe if the company does not respond to requests to discuss a pay increase and improved working conditions, after staff took a 13% pay cut two years ago. Unite national officer Steve Sibbald said: “There is an appeal is to acquire funds to support the workers’ losses. It has gained a lot of publicity within Unite and the union movement. From the company’s point of view it looks like they are living with it, hoping it fizzles out, but if anything the resolve of the employees is getting ever stronger.” 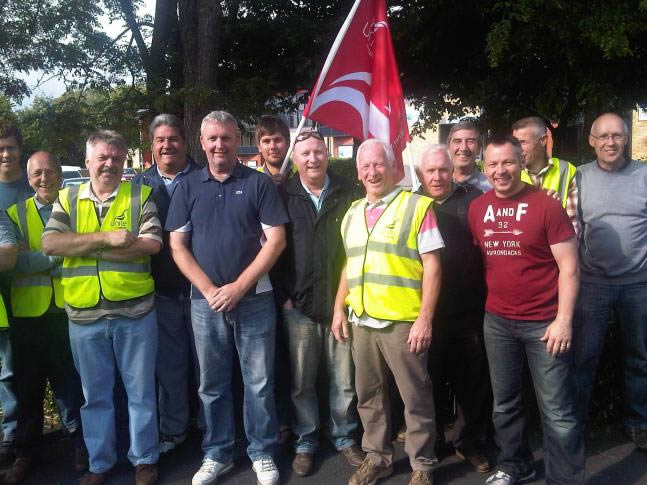 You can sent messages of support the Wyndham chapel and make donations to the Wyndham Impact dispute please make cheques payable to: “Impact Chapel” c/o: Steve Attwill, Regional Officer, Unite the Union, Transport House, 15/16 The Avenue, Southampton, SO17 1XF. Also Messages of solidarity and support should be emailed directly to the Unite FOC Stephen Adams at keegan20001@aol.com