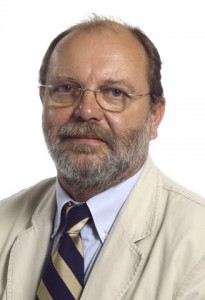 “A growing number of posted workers in the European Union are victims of social dumping. More than 15 years after the first Posting of Workers Directive and after numerous rulings by the Court of Justice in Luxembourg, the time has come to substantially clarify and complete the relevant legal provisions in the field of social security and employment protection”, said Alain Hutchinson, member of the Party of European Socialists (PES) Group in the CoR and of the Brussels Capital Regional Parliament, yesterday.

His opinion on the Commission’s Proposal for a Directive on the Posting of Workers in the Framework of the Provision of Services has been adopted by an overwhelming majority in the CoR’s ECOS commission.

The draft opinion proposes a number of specific amendments to the European Commission’s proposal for a revised directive which aim to:

The rapporteur also welcomed the European Commission’s recent announcement that it would be withdrawing the controversial proposal for a regulation on social rights in the European Union – the so-called “Monti II regulation” – which had been presented as part of a package together with the revised Directive on the Posting of Workers.

This draft regulation had drawn major objections from 12 national parliaments including Belgium’s Chamber of Representatives which, in accordance with the subsidiarity principle, had questioned the European Union’s powers to legislate on the right to strike. The Committee of the Regions had, for its part, planned to bring an action before the European Court of Justice in Luxembourg for violation of the subsidiarity principle.

Alain Hutchinson emphasised, however, that there was still a need to achieve a balance at European level between the fundamental right to strike and collective bargaining on the one hand and the existence of economic freedoms on the other.

“I share the view of the Socialist Group at the European Parliament that the withdrawal of this text leaves something of a legal vacuum as we cannot rely solely on the interpretations provided by the rulings of the European Court. We are now waiting for the European Commission to respond with a text which will give preference to fundamental social rights rather than economic freedoms,” Alain concluded.