Paul Mason : The European dream is in danger – prepare for another rude awakening 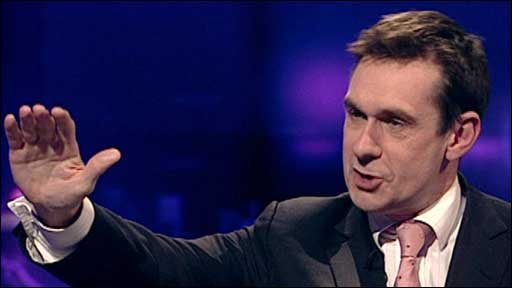 With the single currency being tested to breaking point, the EU’s implicit social solidarity is in chronically short supply. An excellent, thought provoking article by Paul Mason. First published in the The Guardian, 24th May

In the summer of 1914 the Austrian novelist Stefan Zweig was on holiday in Ostend with fellow writers and artists. One afternoon, noticing the sudden appearance of uniformed soldiers on the promenade, they buttonholed an officer: “Why all this stupid marching around?” It was 3 August: war was less than 24 hours away but it seemed impossible.

The European elite, because it believed the era of peace, social liberalism and globalised trade could never end, walked blindly into its ending. Today the political elites of Europe stand in danger once again of destroying a dream. They have convinced themselves the single currency and the European Union are the same project, and that the collapse of either would be the end of the world they know. Therefore it cannot end. This fallacy is now about to be tested.

Greece hovers on the brink of a debt default; the cost of borrowing for Germany is shooting up; the cobblestones of Spanish towns echo to mass protests against austerity; a thousand people a week leave Ireland. And across northern Europe rightwing parties drum their fingers in anticipation of one day, soon, obtaining if not power then the balance of it.

What’s at stake this summer is more than just the future of the eurozone, for which there are predictable outcomes. It is the future of pan-European solidarity, which has been implicit in the project of the EU and, recently, in short supply.

In the strict sense “solidarity” is something which, in the EU, concerns mutual defence: in the Lisbon treaty it applies not just against military aggression or terrorist attack but also in the case of “natural and man-made” disasters. However, the concept of solidarity between the peoples, states and classes of Europe is older than the document signed in Lisbon. It stretches back to 16 June 1940 when – at the urging of Jean Monnet – the British war cabinet offered the French people common citizenship, merged foreign, defence, financial and economic policies and federated parliaments.

Out of the allied victory, the Marshall Plan and – four decades later – the rapid incorporation of east Europe grew not just the institutions of trans-European solidarity but an implicit social deal.

Europe would be a social market economy: there would be a safety net for the poor, cross-border wealth redistribution through the Social Fund. East Europe would adopt the market but limit the amount of organised crime and corruption to levels commensurate with those in the west. The former dictatorships of Greece, Portugal and Spain would shower social benefits on their populations in return for a gigantic act of forgetting who had done what to whom. Northern Europe would pay for it all and – by way of quid pro quo – drench its blond chest hairs with sunscreen on the beaches of the Mediterranean.

It is this deal that is falling apart. Since the Greek fiscal crisis erupted in January 2010 the combined forces of the European Central Bank, Ecofin and the European commission have proved incapable of designing a resilient anti-crisis strategy. Only under pressure from the US government and the IMF did they come up, in May 2010, with the ¤700bn Financial Stability Mechanism. But its effectiveness was immediately undermined: first by the stark numerical fact that it was not big enough; second by the nonexistence of a leadership that could use 700bn Euro to pre-empt crisis.

So now, 18 months after north European voters were promised tough new conditions to be imposed on the feckless south, they are seeing the prospect of 350bn taxpayer euros being transferred to the periphery so that it can avoid social breakdown. Under pressure of their own electorates, the governments of Finland, Germany and the Netherlands urge even more austerity. France urges a sell-off of prime assets (to be purchased by the Chinese – work out the realpolitik in that).

Meanwhile the IMF, the one body whose credibility had risen during the crisis, and whose leader was engaged in trying to mitigate austerity demands that would drive Greece, Portugal and Ireland into a deflationary spiral, is rendered suddenly leaderless. This allows the European elites, never happy confronting the crucial issues, to spend time bickering publicly about which European should gain control of the IMF, barely acknowledging the conflict of interest involved: frontrunners Christine Lagarde and German central banker Axel Weber have been key figures in the actions that failed so far.

While this plays out as economics in the broadsheet papers, and across the crisp linen of Europe’s conference hotels – in the tabloids and on the streets it becomes politics. And politics is polarised: a 20% hard left bloc in the Portuguese parliament balanced by the 19% gained by Timo Soini’s True Finns in last month’s elections. A slew of leftwing nationalists and independents in the Irish Dail mirrored by the racist militias intimidating the Roma communities of Hungary.

Worse, the political response has begun to fragment on generational lines: among older, organised workers from Athens to Lisbon you find a determination to resist in the old way, combined with the knowledge that no level of austerity can remove assets and social benefits accumulated over 20 years. “We don’t do social explosions,” one Greek docker told me, casting a wry eye at the inflammatory headlines of communist newspapers plastered across the canteen wall.

For the youth it is different. The young people who’ve painted their faces and protested, camped and danced in the squares of Spain this month are explicitly rejecting the old politics: not just of the centre, but of the old left.

“Here we have a social left which does not coincide with the political ‘left’,” says the communiqué from the so-called Nomad University. “The latter has been absorbed by economic elites to such an extent that it is difficult to distinguish between the recommendations of the big business groups and the decisions of the politicians… we need more: popular citizen assemblies, open encounters, public discussions, institutions which supervise and control the political parties.”

That’s the ideal. The reality is 40% youth unemployment and massive pressure on Spain’s political system which, despite the swing to the fiscally conservative Partido Popular last weekend, threatens to bust the country’s deficit reduction plans city by city, region by region. In Greece it is queues on the streets of Athens for healthcare provided by NGOs who normally provide only to undocumented migrants.The European political class insists a new bailout should be imposed on Greece only at the price of the same austerity that made the old bailout fail. It calls for asset sales at knockdown prices: a brilliant deal for the purchasers but the worst possible deal for those trying to plug the hole in Greece’s finances. And it denies any possibility of a partial default. The bond markets, meanwhile, are certain it will happen; they ramp up the cost of borrowing accordingly, not just for Greece but now for Germany.

As a result, the combined momentum of fiscal crisis and social unrest stands the chance of dragging the periphery further into crisis and, in the case of Greece, out of the euro altogether.

None of the options are palatable: a serious default by the periphery would hammer banks and pension funds in the north European core. A modern Marshall Plan for Ireland and South Europe would last years, cost hundreds of billions, and with the US itself in debt reduction mode, only China and a reformed IMF could conceivably fund it. Leaving the euro would not solve the basic problems of competitiveness and unfunded social benefits in the south. But these are the options: as real as the “Error Del Sistema” placards in Madrid’s Campo Real.

Looking back on the summer of 1914 Zweig wrote: “The worst of it was, the very thing we loved the most, our common optimism, betrayed us; for everyone thought everyone else would back down at the last minute and so the diplomats began their game of mutual bluff.”

Common optimism is a value worth preserving; but so are realism and decisive action.