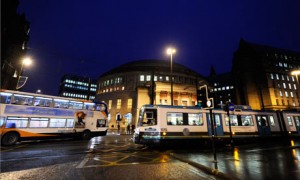 Manchester City Council has announced that 2,000 jobs are “at risk”. The local authority has said it has been “badly hit” by Government cuts and needs to reduce costs by 8.9% in 2011.

The council says it will need to see its workforce reduced quickly and by about 2,000 staff which equates to 17% of the workforce.

Richard Leese, leader of the Labour-controlled authority, said: “The unfairness of the Government’s financial grant settlement for Manchester, one of the five worst in the country, has been widely reported. We now have to find £110m in savings next year – £60m more than expected – because of front-loading and the re-distribution of money from Manchester to more affluent areas. The accelerated cuts mean we can no longer achieve the staffing reductions we have been forced into through natural turnover which is why we are proposing a time-limited offer of voluntary severance and voluntary early retirement. The council said it plans to honour a pledge to avoid compulsory redundancies. The up-front cost to the council of the new severance package, which is subject to approval by the council’s executive on January 19th, is likely to be in the region of £60m – but it will generate an annual saving of £70m.

Unite, which has over 250,000 members in public services described the cuts as “savage”.

Unite’s members are considering a consultative ballot for industrial action in protest at the scale and speed of the cuts.

Unite regional officer, Keith Hutson said: ‘Our members are outraged. This is the clear result the coalition’s austerity measures and cutbacks to local government funding announced before Christmas. It will have a devastating effect on services and the people that use them. Unite will campaign to reverse these savage cuts which will hit some of the most vulnerable in society – but these cuts won’t impact on the bonus-riddled City elite that caused the financial crisis in the first place.’

Unite’s National Officer for Public Services Peter Allenson said: “Unfortunately, what is happening in Manchester is being replicated across the country. The tally for job losses in local government will run into tens of thousands. As a result, vital public services that people have taken for granted for the past 50 years will either disappear or exist only in a skeletal form, and probably run by profiteering private companies.’

The Conservative lead government is clearly targeting northern cities with cuts. The GMB  has been tracking notifications of job cuts, and says that more than 113,000 town hall jobs have been declared “at risk” by 145 councils and police and fire authorities, with another 350 yet to declare.

In a bleak winter week for north-west public sector workers it has emerged that police authorities in Lancashire, Cheshire and Merseyside have earmarked 3,200 jobs as “at risk”and more than 24,000 council workers in the north-west, face the sack.

These include 800 at the council in Oldham, and in addition, hospitals in central Manchester warned they may have to cut 1,400 jobs over the next four years.