Of course the EU isn’t perfect, but it’s time for a ‘Better Off In’ campaign 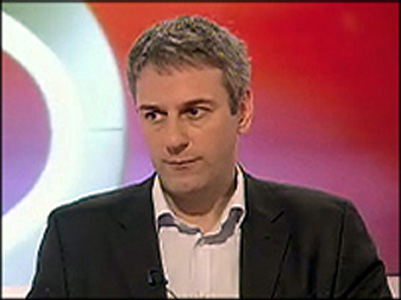 By Kevin Maguire, shamelessly nicked by me, this article was first published in Tribune on Friday, November 11th, 2011 and is well worth reading. See also my own article on this site What Has The EU Ever Done For Us? Well….

Kevin sets out some of the arguments which will be needed against the looming anti-EU attacks which Cameron will launch to deflect criticism of the Government’s lack of any policies that work, blame the Eurozone for this countries ills and to appease his own headbangers who want to “repatriate” employment rights won in the EU by working people over the last three decades. Equally some of those on left who got tangled up in the recent anti-EU referendum debate, put themselves on the same side as the Tory headbangers, UKIP and company and are still fighting the battles of the mid 1970s should heed the points Kevin makes in this article.

“Europhobes on Britain’s tight-whinge don’t spell out what they mean when banging on about repatriating pooled powers from Brussels and the European Union for one very good reason. Demanding greater freedom for bosses to hire and fire staff at will, stripping workers of paid holidays and flogging disposable hired hands close to exhaustion isn’t likely to have people flocking to their banner. So instead they wave the union flag and preach an ideology of national sovereignty which has been redundant since the end of the Second World War.

The growth of what Rotherham MP Denis MacShane has termed the Farageist Tendency offers false answers to complex questions, pointing the finger of blame over the Channel for every problem and mistake made in Britain. David Cameron seized the euro’s difficulties to deflect responsibility for the austerity which is actually coalition policy, hiding behind the single currency because the British Government’s choked-off growth and the cuts are proving unpopular.

So Labour should resist the temptation to flirt with Euro-bashing, hoping to win temporary popularity with foam-flecked newspapers and swivel-eyed figures who prove empty vessels make the most noise.

Manoeuvring to embarrass Cameron is one thing, exploiting the discomfort of a premier who championed Europhobia in opposition and in office is required to recognise realities and make a speech in the House of Commons extolling the benefits to Britain of membership of the EU. The irony was delicious – the grand posh duke of Downing Street forced to march his 10,000 men back down the hill when they wanted to go over the top.

Yet even Tory bogeyman Michael Ashcroft recognises that banging on constantly about Europe risks damaging the Conservative cause, pigeon-holing the Tories as a single cause party. Poke people with an opinion poll and a daily diet of anti-EU propaganda from much of Fleet Street will prompt calls for a referendum and a sizable number are calling for Britain to leave. Ask people what really matters to them and their family and they’ll reply jobs, living standards, the economy, health service, crime, education, housing and, yes, immigration – Europe trailing far behind. Ben Page of Ipsos Mori is a voice of reason when he reminds us the EU gets out of bed only three in evey 100 subjects of Her Majesty. Listen to the likes on the Tory benches of David Nuttall (ludicrously blaming the EU for the closure of units in his Bury local hospital when the election promise to keep it open is broken by his own Government) and every red-blooded English man and woman is massing at the Channel Tunnel to repel Eurocrats.

But to embrace anti-EU sentiment would be a strategic mistake, political opportunism which Labour would bitterly regret. Labour’s been here before. The 1975 referendum staged by Labour’s Harold Wilson after Tory Ted Heath took Britain into the then European Economic Community recorded a two-to-one majority in favour of continuing membership. Eight years later, at the 1983 general election, the party’s manifesto was committed to withdrawal. It’s a reminder in recent history, if one was needed, that another referendum would settle nothing. Then, from 1988, as former TUC and European TUC general secretary John Monks recently recalled, Labour moved full circle. Jacques Delors, then President of the European Commission address to the annual TUC Congress offered British trade unionism a vision of a better future than the nightmare created by Margaret Thatcher. The Delors deal was protection against the worst the Conservative Government could impose in an era when only a few deluded souls really believed a Labour administration was about to come riding to the rescue.

The social dimension of the EU remains as important today as it did then. That is not to argue the EU is perfect or to ignore the neo-liberal forces in what is a capitalist club. God help us all if Andrew Lansley unleashes tendering across the National Health Service, exposing the country’s greatest institution to the mercilessness of market forces. But we must remember that’s a deliberate political choice if the Health Secretary goes down that disastrous road and not an unavoidable consequence of British engagement with the continent and Ireland.

We can’t stop the world and ask to get off without suffering and those in the Labour and trade union movement who would wave goodbye should be careful what they wish for. The alternative isn’t a socialist Nirvana or the EU but the EU and right-wingers stripping workers of rights.

The EU isn’t perfect and member states should be trusted more. But it’s a damn sight better than the alternative desired by Europhobes under cover of a referendum dressed in sovereignty. It’s time for a “Better Off In” campaign.