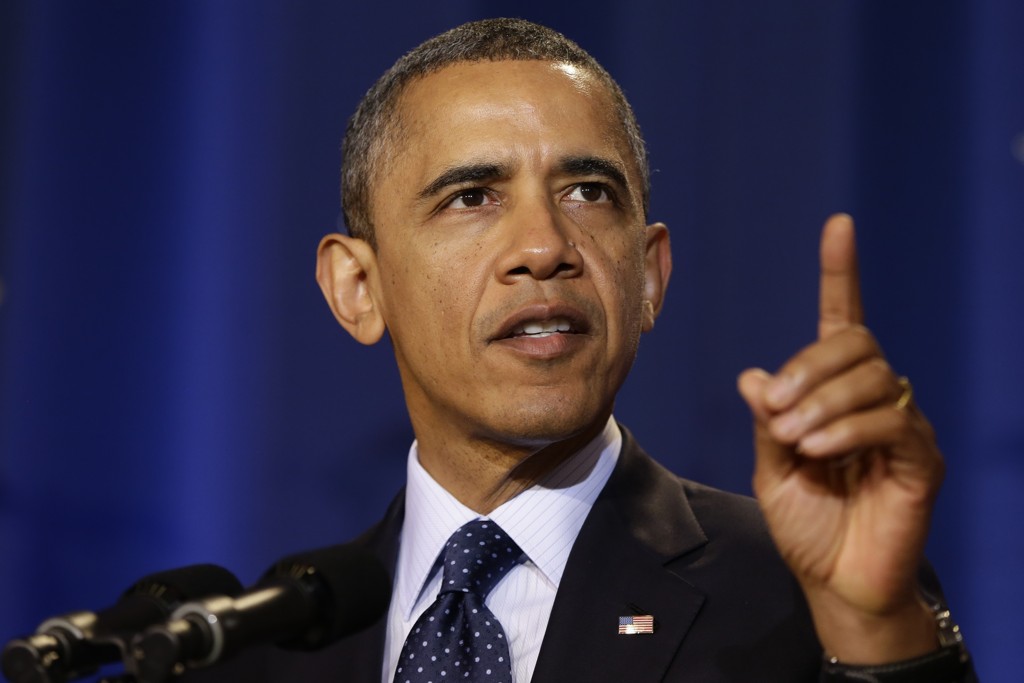 As President Barack Obama holds meetings in Mexico this week with President Enrique Peña Nieto economic growth, immigration and security policies top the agenda. Yet one unmentioned theme – Mexico’s dismal labour rights record – has important consequences for all three of these policy areas.

From 2006 – 2012, the government of Felipe Calderón mounted a full-scale assault on democratic labour unions in Mexico, combining all the mechanisms of labour control built up during 70 years of one-party rule with full-scale military assaults on striking workers. Although the compensation of Mexican workers relative to U.S. workers in manufacturing was lower in 2010 than in 1975, Calderón was determined to drive wages even lower to attract foreign investment.

It is not yet clear whether Peña Nieto intends to continue Calderón’s repressive policies, or whether he will finally respect Mexican workers’ rights. The message that Obama sends could make a crucial difference.

Recognition of Independent Unions in Mexico
The Calderón government deployed thousands of troops to break strikes by the National Union of Mineworkers (“Los Mineros”), and four union members were killed in these disputes between 2006-2011. The government continues to pursue baseless criminal charges against the union’s leader, Napoleón Gómez, even after these charges were thrown out by five federal appeals courts.

In February another court ordered Peña Nieto’s Attorney General to notify INTERPOL that the charges had been dismissed, and in March Interpol informed Gómez that his file has been deleted because “the information recorded concerning him raised strong doubts concerning its compliance with INTERPOL’s rules” which prohibit governments from using INTERPOL to pursue political opponents.

Gómez received the AFL-CIO’s prestigious Meany-Kirkland Human Rights Award in 2011 – but he was denied a visa to travel to Washington from exile in Canada on the grounds that his visit would have “potentially serious adverse foreign policy consequences for the United States.”

The Mexican government summarily dismissed 44,000 members of the Mexican Electrical Workers’ Union in October 2009, without due process or negotiations with the union. More than 16,000 workers filed legal cases for reinstatement, but the government has blocked all attempts to reach a solution. In response to a complaint under the NAFTA labor side agreement, both the U.S. and Canadian Labor Departments are now investigating this case.

‘Protection Contracts’ Should be Stopped
The Mexican government is increasingly promoting and facilitating employer-dominated “protection contracts” that deny workers the right to democratically choose their union representatives. Under this system, workers cannot see their union contract and often don’t even know that they have a union.

At PKC, a Finnish company on the U.S. – Mexico border that produces parts for the U.S. auto industry, a company official was recently caught on tape telling workers that a company union was being installed “for their own protection.” PKC has now fired 11 leaders of the Mineworkers union which is seeking to displace the company-dominated union.

Efforts by 10,000 call center workers at Atento to freely elect their union representatives were violently repressed by the company and the company-dominated union, who have worked together to suppress wages through a protection contract. On three separate occasions, the local Labor Board of the Federal District colluded with the company union to block free elections.

Similar practices have been documented by other employers in Mexico, including Japanese automaker Honda and at Excellon, a Canadian mining company.

Mexico’s Labor Rights Practices Violate International Law
In March 2011, the Committee on Freedom of Association of the International Labor Organization (ILO) called on the Mexican government to meet with independent unions to discuss protection contract practices, but the government has refused. Instead, it passed labor law reforms in November 2012 that weaken worker protections while doing nothing to ensure workers’ right to democratically choose their representatives.

These actions violate ILO Conventions and the NAFTA labor side agreement, demonstrating a clear disregard for due process and the rule of law which undermines efforts to promote legal reforms in Mexico. Further, the destruction of democratic unions threatens the economic security of Mexican workers and their families, feeds the cycle of poverty and violence, and forces workers to seek economic opportunity and safety by immigrating to the U.S.

As Mexico enters the negotiations for the Trans-Pacific Partnership and attempts to join the proposed Trans-Atlantic Trade and Investment Partnership with the European Union, the rapid deterioration of labor rights raises serious concerns about unfair competition. We hope that the discussion between Obama and Peña Nieto will result in a departure from this destructive path.