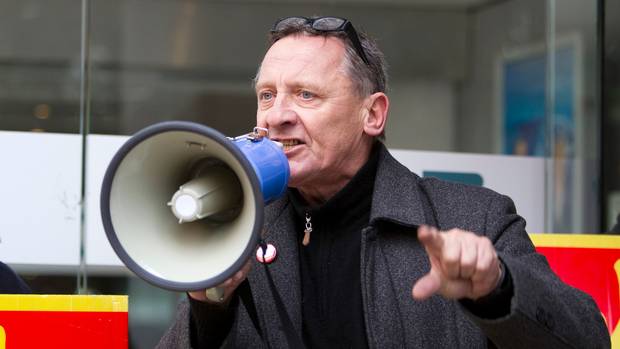 A New Zealand union leader has been attacked and being unlawfully detained by the Israeli military, his union claims.

The alleged incident took place on Monday morning, and Mike Treen National Director of the Unite union was attacked along with other international campaigners on board the ship Al Awda while taking part in a mission to deliver aid to Gaza.

The NZ Unite union is calling on the government to demand for his release from Israeli authorities.

“Mike was taking part in a peaceful mission to deliver aid to Gaza and was in international waters when attacked and detained. We understand he has been taken, kidnapped in reality, to the southern Israeli port of Ashod,” said National Secretary Gerard Hehir.

“We expect the New Zealand government to strongly protest and demand his immediate release, along with his fellow campaigners and the Al Awda so they can deliver the much needed medical aid to the port of Gaza”.

Hehir said the mission posed absolutely no threat to Israel or its people.

“It is a fishing boat loaded with medicines,” he said.

Hehir said that Treen knew he was likely to be attacked and illegally imprisoned and was prepared for that.

“Mike is also very aware that what was done to him over the last 24 hours is the daily reality for the nearly two million citizens of Gaza, imprisoned as a people” said Hehir.

“He is doing right now what he has done his entire life – standing up to those in power and calling them out publicly for their treatment of their fellow human beings,” he said.

Unite is expecting Treen to be deported back to New Zealand in the next week.

This entry was posted in International Trade Unions, Trade Unions. Bookmark the permalink.