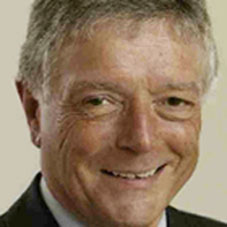 Roger Jeary - Predicts that there will be no real economic change in 2012.

Following a bleak 2011, the forthcoming year does not appear to provide any signs of an economic revival, says Roger Jeary retiring Director of Research at Unite.

“As this is my last Christmas as an employee of Unite I thought I would use the invitation to comment upon past and future government policy from the view of a soon-to-be-retired union research director.

Clearly the last 18 months have not been the best when viewed from the normality of the workplace, where contemplating that the taxpayer should be paying for my second home is about as realistic as Mr Cameron inviting Nick Clegg for a weekend break in Brussels. Looking back over the past 12 months, it is indeed the political unawareness of reality which has struck home more than anything:

– the government view that our labour market requires even more flexibility than at present, and that employers actually would employ more people if it were made easier for them to sack them unfairly, or

– that public sector workers really are the cause of our economic ills, and that it is only just that they should be taxed an extra three per cent (as well as having their salaries frozen or cut for the period of this parliament.)

Unite has been to the fore in its campaigns to support public service workers and to support the services that they deliver, day in and day out, 365 days of the year.

And Unite has also been vociferous in its demand that the economic fortunes of the UK are dependent upon a strong manufacturing sector with a clear direction from government on industrial policy. Our voice, and those of our 1.5 million members, has been reported but not listened to. The government is more interested in making cheap political points about party funding than addressing the real concerns of the people.

Where is the industrial strategy? Halving the funding available for regional growth, failing to deliver a contract for train-build to a UK-based company, and ignoring the pleas of industry to release the funding essential for investment, is a strategy for decline, not growth. Yet Mr Cameron had no problem in protecting the people that got us into this mess when faced with real economic catastrophe in the eurozone. Again, good news for Tory backbenchers, their banker friends and Euro-phobic readers of our right-wing press, but bad news for British manufacturing and the economy.

2012 does not appear to provide any real hope of recovery: a flatlining economy with forced labour for those who are amongst the many applying for the few jobs; reduced collective and individual rights in the workplace; a return to a culture of hire-and-fire that failed miserably in the past (and I am one who can actually remember) – it all presents a bleak outlook.

My wish for 2012 is that amongst all the pain at home, Mr Cameron is not foolish enough to contemplate further foreign ventures at the behest of our American partners. Perhaps 2012 will bring some realism into Westminster, and policies that recognise the inherent unfairness that places 85 per cent of the country’s wealth in the hands of just one per cent.

What one change would I personally wish for in 2012? Given that it is a leap year, could it be that the electorate can be allowed to propose a change of government?”

This blog was first published on December 29th at epolitix.com