No Deal Brexit Papers Exercise In Pantomime and Menace 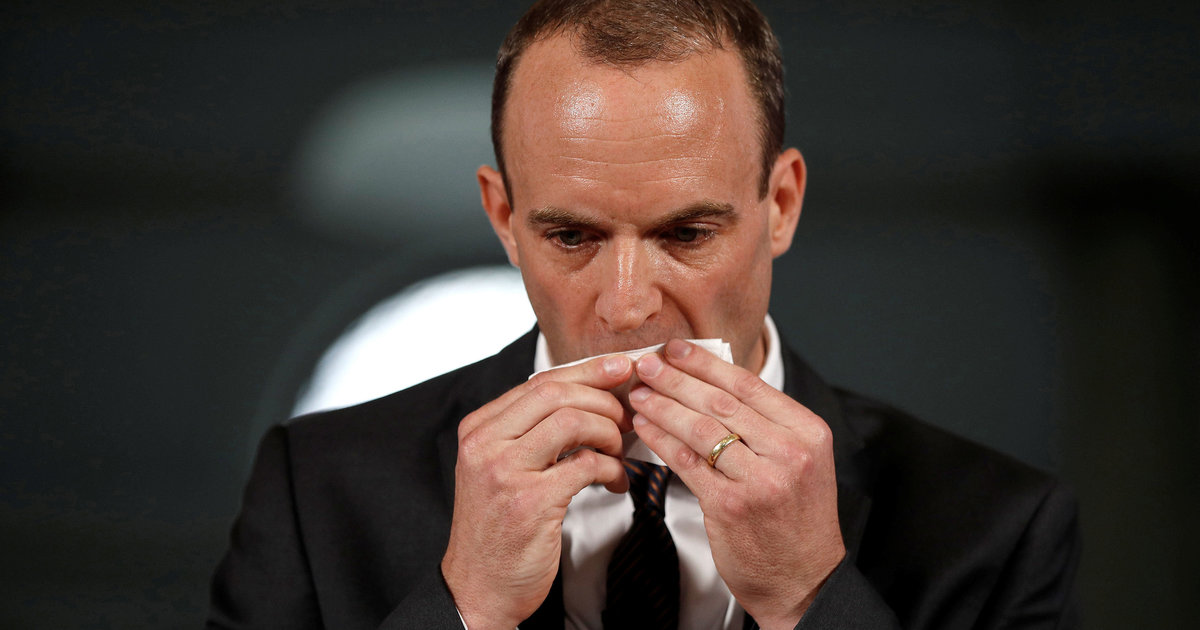 A badly perspiring Brexit Secretary Dominic Raab during his speech in central London, on preparations for a ‘no deal Brexit’ which coincides with the publication of the first of the Government’s technical notes on the no deal preparations.

By Ben Norman, Research Officer at Unite the Union

And so, perhaps inevitably, it’s come to this. After almost two years of Brexit talks between the EU and Britain’s best interlocutors (plus David Davis) last week we were presented with the new and downgraded Brexit Minister Dominic Raab. He dabbed the sweat from his brow, offered a weak gag about BLT sandwiches and promised us the country will still function if they fail to secure a deal. It was never supposed to end this way.

The ministers’ speech was billed as the Government’s Keep Calm and Carry On moment. Raab was to muster the Churchillian spirit, stiffen the sinews and issue a stern word to Europe about all this hurting them more than it’s going to hurt us.

In the event, it was fitting that the Brexit department missed the deadline to publish the first twenty four of the eighty planned papers. When they did appear, earlier this week, they exposed the Government’s belief in outsourcing extends to its’ contingency plans. Businesses who export goods to Europe were told: hire a customs consultant. Businesses in Northern Ireland were told: ask Dublin.

Politically the papers are a mixed exercise in pantomime and menace. They aim to appease the Tory backbenches by showing the Government to be seriously contemplating walking away from the Brexit talks. Contradictorily, they are supposed to show us what will happen if we – or Europe – reject the White Paper which May has pinned her Premiership on.

For Unite, what little substance the papers offered came with few surprises. Each of our union’s industrial sectors has undertaken extensive research into the impact of a Tory Brexit. The government papers acknowledge the problems, but provide no solutions.

Take for example the complex area of trade remedies. Supposedly trade is an example of UK sovereignty ceded to Brussels and now reclaimed; however, the technical papers merely repeat the hollow promises of the Trade and Customs Bills.

All such issues are to be handled by Liam Fox’s yet-to-exist Trade Remedies Authority. That promise will hardly reassure steelworkers staring down the barrel of Donald Trump’s escalating trade war with no protection.

Similarly, as our energy members have warned, the UK would fall out of Euratom – the European civil nuclear regulatory body. We’re told responsibility will pass to the Office for Nuclear Regulation (ONR), but not how the ONR could ensure the continued delivery of radioactive isotopes to treat cancer patients.

The red flag for all trade unions was working rights. Again, we were supposed to be reassured that the majority of working rights are covered by the Withdrawal Act. Of course this Act includes the ‘Henry VIII’ powers which will allow Ministers to take the axe to any rights not protected by May’s proposed deal – a deal we should remember that currently excludes 80% of the economy.

The new threat hidden in the technical papers came to consultation rights with the curt promise that: “UK regulations will be amended so that no new requests to set up a European Works Council or Information and Consultation procedure can be made.”

From aviation to manufacturing and services, Unite has more European Works Councils (EWCs) (in manufacturing) than any other UK trade union. Protected by EU directives, they give a forum to workplace reps in multinational firms to meet with their comrades across borders and force employers to enter into basic negotiations and consultations.

As employers scramble to form their own contingency plans EWCs and Information and Consultation rights are two important cards in the hands of union reps to get a seat at the table. The clear threat to these rights risks an immediate chilling effect at the very moment union reps are trying to use these rights to mitigate the impact of Brexit.

The remaining technical papers are to publish in a steady drumbeat throughout September as May ratchets up the uncertainty in order to make her White Paper palatable. Unite members are unwavering. At our conference this summer senior reps overwhelmingly endorsed an Executive Council Statement which keeps all options on the table to prevent a no deal Brexit, while outlining a clear series of red lines against which we will judge any deal.

Unite is clear. Workers will not foot the bill for Tory Brexit. We deserve better than May’s fudge deal and we should not leave the EU until we have done better.

This blog was first published on http://classonline.org.uk