Newspaper Deal: It Was Ed What Won It 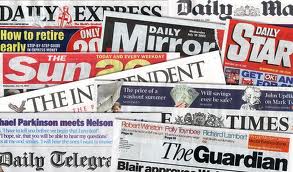 One thing is clear from the outcome of the negotiations to secure a deal on Leveson – politically it was Ed Miliband who delivered the deal.

Never mind the platitudes of “there being no winners” this was a slam dunk win for Miliband who played his cards well – and a disaster for Cameron who muffed it when he pulled the rug from under the discussions on Thursday.

There was however only going to be one outcome. Miliband had the Lib-Dems onside with a majority to turn Cameron over in a vote. The Lib-Dems, fed up of being used as human shields for the Tories knew the tide of public opinion was running against Cameron – with the faces of the McCann and Dowler families fixed firmly in the minds of MPs and the public.

The public has had enough of the sort of press self-regulation that produced the phone hacking scandals, the hapless Press Complaints Commission and distraught families picking up the pieces of their lives once they were trashed by the press.

Miliband took the brave step of taking on the Murdoch press last year, while Cameron lived through the nightmare of seeing some of his friends in NI being arrested.  Ed’s revelation this week that as a result he was warned “now it gets personal with you” by Murdoch’s henchmen succeeded in strengthening his resolve and his hand, as did Cameron’s decision to shut up shop on Thursday, only to end up making Oliver Letwin MP sit up till 2.30am doing the deal with Ed, Clegg and Hacked Off.

Cameron tried to salvage something by claiming to Tory MPs that it was Miliband who blinked first. However the gloomy looks on the faces of the Tory benches, the loud cheering for Miliband and Nick Robinson’s revealing BBC news report that the negotiations took place in Ed’s office, with the Deputy PM, Oliver Letwin and the Hacked Off campaign sitting opposite, showed that Miliband is a sight more astute than the press have given credit for. Ed knows he can expect a full frontal attack soon.

Some Tories have accused Cameron of running up the white flag and are egging on the press to boycott the deal or set up another shadow body that they control.

The reality is that if newspapers refuse to co-operate or set up a shadow body without sanction they will be liable to even bigger exemplary damages in the event that they recklessly publish inaccurate stories and trash peoples lives.

As I have said on a number of occasions the phone hacking scandal and the alleged corruption of public officials by journalists on an industrial scale can be traced back to the de-recognition of the NUJ and the printing unions in the early 1980s.

It was not all perfect by a long chalk – and we did, and still do produce excellent newspapers and magazines in the UK – but unions and the NUJs code of conduct at least acted as a brake on the excesses of the press barons.

With much of the newspaper industry huffing and puffing that they won’t sign up to the deal, we can expect to see a string of hacks entering the TV studios to denounce the deal as an attack on traditional UK press freedom complaining all the while they were not involved in the final deal. Well, as Mandy Rice Davies once said: “They would say that wouldn’t they?”.

The UK press deserves better and they should grasp this opportunity. That said it is clear that it was Ed what won it.

STATEMENT FROM THE CAMPIAGN FOR PRESS AND BROADCASTING FREEDOM

This entry was posted in Blogs, Labour Party, Media. Bookmark the permalink.