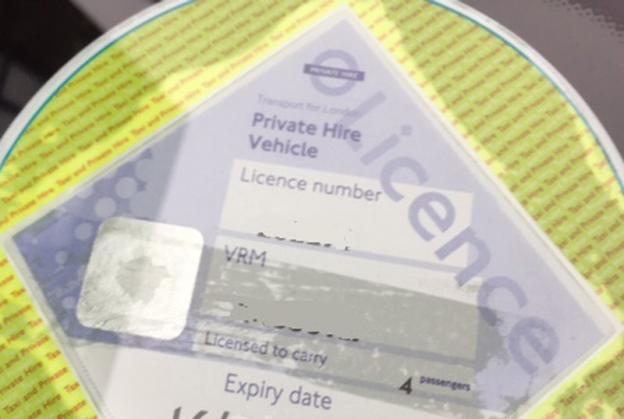 This is the official GMB press release:

GMB, the union for professional drivers, has won their case against Uber as the London Employment Tribunal has determined that Uber has acted unlawfully by not providing drivers with basic workers’ rights. (see notes to editors for previous press releases)

GMB brought two test cases to the Central London Employment Tribunal on 20 July 2016 and it has decided that Uber drivers are entitled to receive holiday pay, a guaranteed minimum wage and an entitlement to breaks. The Tribunal decision will have major implications for over 30,000 drivers in London and across England and Wales and for workers in other occupations.

GMB found last year that a member working exclusively for Uber received just £5.03 per hour in August after costs and fees were taken into account, significantly below the national minimum wage of £7.20. Lawyers for the drivers also argued that Uber acts unlawfully by frequently deducting sums from drivers’ pay, often without informing the drivers in advance, including when customers make complaints.

“This is a monumental victory that will have a hugely positive impact on over 30,000 drivers in London and across England and Wales and for thousands more in other industries where bogus self-employment is rife.

Uber drivers and other directed workers do have legal rights at work. The question for them now is how those rights are enforced in practice. The clear answer is that the workforce must combine into the GMB union to force the company to recognise these rights and to negotiate fair terms and conditions for the drivers.

This loophole that has allowed unscrupulous employers to avoid employment rights, sick pay and minimum wage for their staff and costing the government millions in lost tax revenue will now be closed.

Uber drivers and thousands of others caught in the bogus self-employment trap will now enjoy the same rights as employees. This outcome will be good for passengers too. Properly rewarded drivers are the same side of the coin as drivers who are properly licensed and driving well maintained and insured vehicles.

GMB will be getting on with the business of campaigning and recruiting at Uber to ensure our members’ rights are respected.

GMB will give evidence to the new Taylor review on terms and conditions within the sectors of the economy offering precarious employment. We will make the case that average hours worked over the past 12 weeks should be deemed to be the contracted hours of work for those on zero hours as it already is for maximum hours of work under the Working Time Directive.

GMB puts employers on notice that we are reviewing similar contracts masquerading as bogus self employment, particularly prevalent in the so called ‘gig economy’. This is old fashioned exploitation under newfangled jargon, but the law will force you to pay GMB members what they are rightfully due.”

“We are delighted that the Employment Tribunal has found in favour of our clients.

“This judgment acknowledges the central contribution that Uber’s drivers have made to Uber’s success by confirming that its drivers are not self-employed but that they work for Uber as part of the company’s business.

“Uber drivers often work very long hours just to earn enough to cover their basic living costs. It is the work carried out by these drivers that has allowed Uber to become the multi-billion-dollar global corporation it is.

“We are pleased that the employment tribunal has agreed with our arguments that drivers are entitled to the most basic workers’ rights, including to be paid the National Minimum Wage and to receive paid holiday, which were previously denied to them.

“This is a ground-breaking decision. It will impact not just on the thousands of Uber drivers working in this country, but on all workers in the so-called gig economy whose employers wrongly classify them as self-employed and deny them the rights to which they are entitled.”