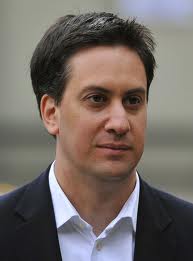 In the coverage of Ed Miliband’s speech at Newham Dockside yesterday, the sections of the speech on the world of work received only minimal media coverage. These included the abuses meted out to agency workers; topping up low paid workers pay with benefits; the Living Wage and Labour’s failure to tackle low pay in the past.

he gave some important commitments – as Len McCluskey of Unite said yesterday : “Ed Miliband’s speech offers hope that there is an alternative to George Osborne’s punishing experiment with the national economy”.

“Disgracefully, millions of people do not earn a wage that can keep them and their families, yet they work the longest hours in Europe.  They are thoroughly fed up with the lack of decent, secure work in this country and detest the waste of talent that sees one million young people wasting their talents on the dole.  The jobs guarantee, action on demeaning, insecure work and a drive to embed the living wage are a good start”.

Specifically on Low Pay UK Ed said: “Today, people often don’t get paid enough in work to make ends meet   and the taxpayer is left picking up the bill for low pay. We must change our economy, so that welfare is not a substitute for good employment and decent jobs”.  And he admitted: “We (Labour) didn’t do enough to tackle Britain’s low wage economy, a low wage economy that just leaves the taxpayer facing greater and greater costs subsidising employers”.

On the world of work and agency work Ed referred to people working, 40, 50, 60 hours a week and working two or three jobs to make ends meet: “For too many people in Britain the workplace is nasty, brutish and unfair. The exploitation of zero hours contracts to keep people insecure (my underline). Using agency workers to unfairly avoid giving people the pay and conditions offered to permanent staff.  Recruitment agencies hiring just from overseas.  And some employers not paying the minimum wage. These issues too are about our responsibilities to each other, about the failure of government to set the right rules and the failure of a minority of employers. Be in no doubt: all of this is on the agenda of the next Labour government.  So, for example, we will change the law to stop employment agencies using loopholes to undermine the pay of what are effectively full-time employees.”

I take the last sentence to mean an ending of the so-called ‘Swedish Derogation’ or Clause 10 in the UKs transposition of the Agency and Temporary Workers Directive which allows company’s to hive off parts of their businesses and staff to managed service providers paying even lower wages that other agency workers.

Swedish unions will tell you the way the clause has been transposed has nothing to do with the way the derogation works in their country which is designed to provide protection in between assignments.

On the Living Wage, Ed Miliband made it clear that: “We will do everything in our power to promote the living wage. If local councils can say if you want a contract with the council then you need to pay the living wage, then central government should look at doing that too.  And for every pound that employers pay above the minimum wage towards a living wage, government would save 50 pence in lower tax credits and benefits and higher revenues.  We should look at offering some of these savings back to those employers to persuade them to do the right thing and pay the living wage.”

One of the key issues arising from Ed’s speech is the fact that the state is now propping up Low Pay UK. Employers paying as little as they can get away with – and the state making up the rest in benefits.

The decline in Collective Bargaining as clearly contributed to this.

In times past Collective Bargaining was the main way of regulating pay and conditions across the workforce – from the 1940s through to the 1980s. Workers were covered by national or sectoral agreements which created a level playing field – and redistributed pay across the economy. Many other workers were covered by company or group agreements and low paid workers received some protection via wages boards.

National-level bargaining still exists among some industries and in some private firms, but multi-employer collective agreements in the private sector have all but disappeared. Now an even larger and growing proportion of workers have their pay and conditions determined by management at the workplace, with little if any input from unions – or even the workers themselves. We have seen new jobs being created but many are agency based – or workers start as agency staff working their way to becoming permanent employees.

In tackling low pay and breaking the spiral of taxpayers and the state propping up low pay via benefits, Labour must now begin to take seriously the need to introduce sectoral pay and expand collective bargaining.

As the esteemed employment lawyer Professor Keith Ewing has pointed out several occasions, in 1938, Ernest Brown, the then Minister of Labour (in the then Tory-led government) announced in the House Of Commons it was the policy of the government to promote collective bargaining, and with it, the trade union voice.

As Keith has said elsewhere “…a simple attempt by a thoughtful man to increase wages, equalise incomes, stimulate the circulation of money, increase demand, and promote job growth, for the good of the country and the benefit of everyone.”